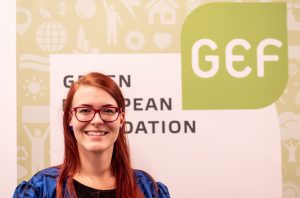 Klára Berg
Klára helps young people and green-minded citizens to get involved in the public space. For 10 years she has been enthusiastically working as a freelance trainer and designer of non-formal educational activities, especially in activist and political education. Working with a wide range of organisations, from grassroots groups to the National Agency administrating Erasmus+, she began working with GEF to launch activist training in the Czech Republic four years ago. She is passionate about youth work, railway, music, Caucasus, and her new position on the GEF board of directors. 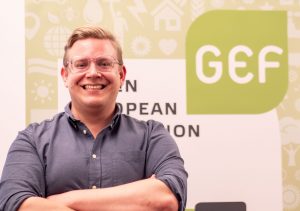 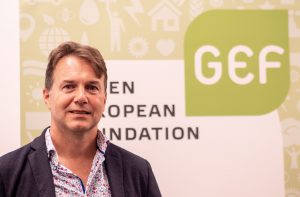 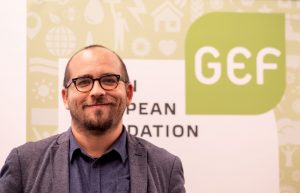 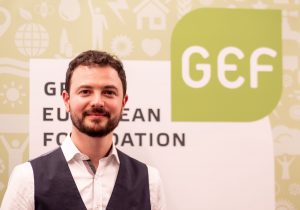 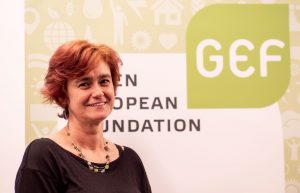 Susanne Rieger has been responsible for European issues and European relations in the Catalan Green foundation Fundació Nous Horitzons (FNH) for the past ten years. Since 2009, she is also a member of the Board of FNH. She has been a delegate to the GEF General Assembly since the founding of GEF. For the second time, she holds the mandate of GEF Co-president. From a professional point of view, Susanne has been dealing with issues of political education, capacity building, political and public discussions and communication structures on the European level for the past twenty years. She is based in Barcelona and works as a coach and consultant in different European countries. 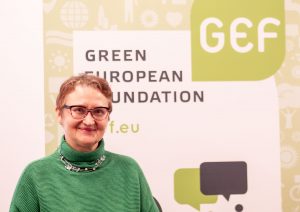 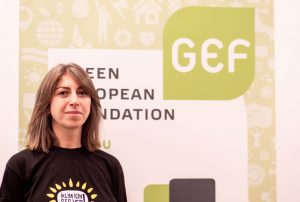 Sevil Turan
Sevil Turan is the Director of Green Foundation of Turkey (Yeşil Düşünce Derneği) since 2017. She has been active in the Green Movement since 2009 and has been involved with Federation of Young European Greens, Cooperative and Development Network Eastern Europe and Young Greens of Turkey. She was the co-spokesperson of Green Party of Turkey from 2012 to 2016. She was an active member of Human Rights and Nature Preservation movements during her college years. She has been working particularly on the issues of energy democracy, climate change, freedom of speech, alternative media, gender mainstreaming, participatory democracy practises and anti-nuclear struggle. She also is still running the development of various projects on the topics of Climate Change, Green Cities and Renewable Energy Models within the Green Foundation of Turkey. 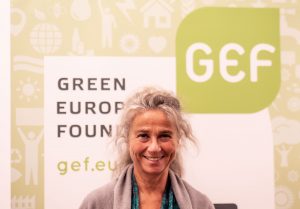 Dagmar Tutschek (Secretary)
Dagmar Tutschek has played a decisive role in shaping the Austrian Green Foundation over the past 10 years. As Director and Chairwoman of the Board she successfully supported the repositioning process of the Austrian Greens in 2018 followed by the relaunch of the Foundation in 2019, using her professional knowledge and experience in change management. Looking to the future, dealing with contradictions and building bridges between science, politics and civil society are her daily inspirations – supporting political structures to make our world one in which we and future generations would like to live in. Personal motto: nothing in life works without focus and passion! 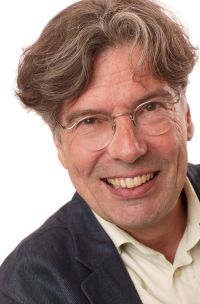