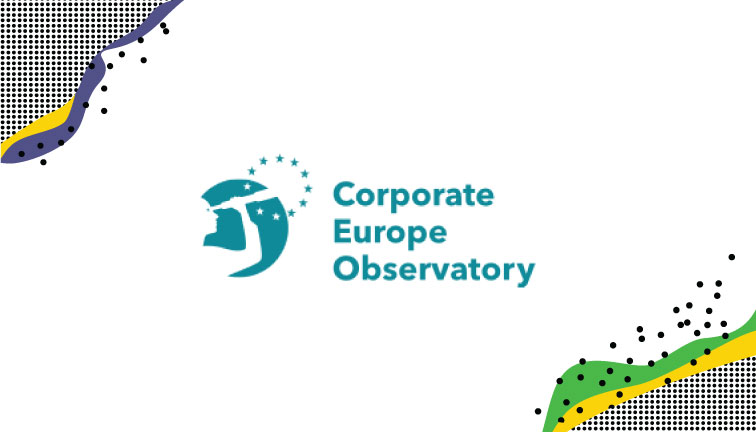 Thankfully the authoritarian right, while able to claim success in several countries – France, UK, Hungary, Italy to name just a few – did not make as many gains as they had expected. Building on the analysis in our new report Europe’s two-faced authoritarian right: ‘anti-elite’ parties serving big business interestswe will continue to expose and challenge authoritarianism across Europe, including in the European Parliament.

CEO’s work shows that excessive corporate influence over policy-making is a serious threat to the public interest across Europe including at the EU level. This threat comes from the tactics which business lobbyists rely on to promote their agenda, including corporate-dominated ‘advice’ in the policy-making process; to the smooth movement of staff, via the revolving door, to and from public institutions and big business; the privileged access of business interests to top decision-makers and officials responsible for handling key dossiers; the informal links which exist between political and corporate leaders, and many other tools and tactics which can all contribute to corporate capture.

But, even worse, there are some industries’ influence over public policy-making where the corporate influence is causing major conflicts of interest and where the public interest is being undermined in a serious and urgent way. Climate change policy is a clear example. Keeping fossil fuels in the ground is crucial to avoid catastrophic climate change, but the lobbying power of the oil and gas industry delays, weakens and blocks the measures needed to achieve this. CEO supports ‘fossil free politics’, to introduce conflict of interest rules that would create a de factofirewall to protect policy makers from fossil fuel industry influence. This idea is based on the World Health Organisation’s model of protecting public health officials from tobacco lobby influence. Via the ChangeFinance coalition, we are also promoting a similar approach, to prevent lobbyists from the financial sector exerting decisive influence in key areas that affect peoples’ lives, including mortgages, the banking union, and the continued problem of banks that are too big to fail and more.

Excessive corporate influence is not just a problem in Brussels and in the European Commission and Parliament. The 28 EU member states are intimately involved in, and responsible for, the EU’s laws and policies, yet the EU’s member state institutions – the Council of the EU, the European Council, and the comitology process – are highly complex to understand, opaque in their workings, unknown to many citizens, and largely unaccountable. These structural failings, combined with strong corporate lobbying and influence at the national and EU levels, result in too many member states’ decisions on EU matters promoting corporate, rather than public, interests. In short, too many member states act as middlemen for corporate interests in EU decision-making.

One of the most inspiring political developments in Europe in recent years has been the election of urban activist platforms into positions of power in Barcelona, Naples and other large European cities. These ‘Fearless Cities’ show that attractive alternatives to the crisis-prone neoliberal status quo (and authoritarian nationalism) are possible, and that democratisation and progressive ‘municipalist’ policies can rapidly and drastically improve life in urban environments. Since last year CEO has developed a close cooperation with municipalist mayors and city councillors from across Europe and this included a successful joint campaign against the proposed EU Notification Procedure directive, which would have drastically reduced the democratic space available to municipalities when regulating services companies. Looking forward, we aim to increase public awareness about municipalism as a progressive alternative to neoliberalism and authoritarianism, and jointly identify EU laws and policies that create obstacles for progressive municipal policies.

What expectations do you have towards the Green Group?

There are many ways in the Green Group can challenge excessive corporate power in EU decision-making. Here are just a few suggestions:

CEO aims to tackle excessive corporate influence and corporate capture in EU decision-making by introducing tough new rules and creating a culture which supports public interest policy-making. You can find out more about the problem and what we can do about it in Corporate capture in Europe – When big business dominates policy-making and threatens our rightpublished by the Alliance for Lobbying Transparency and Ethics Regulation.

Specifically, on the climate crisis, in the Autumn we will launch a new campaign to challenge the role of fossil fuel companies in EU policy-making; please look out for more information. Meanwhile on finance issues, the ChangeFinance coalition wants MEPs to pledge to: restrict interactions with the financial lobby; ensure interactions are transparent if and when they take place; include views other than industry; reject formal links with finance lobbyists; and work for stronger rules on conflicts of interest. You can find out more and join the campaign.

Exposing the lobbying directed at member states’ decision-making on EU matters will be a major focus of CEO’s work in the coming years and we are keen to work with MEPs to open-up and challenge member state decision-making on EU matters. You can read more in our new report  Captured states: When EU governments are a channel for corporate interestsand get in touch if you would like to find out more and get involved. We are especially keen to be in contact with MEPs from the upcoming Council Presidency states: Finland, Croatia, Germany, Portugal and Slovenia.

Everything that we publish is available to read and download on our website: http://corporateeurope.org/  So please do check it out and get in touch!