If we want a stable climate, what matters most is not what year we reach net zero, but how much more climate pollution we release between now and then, whether net zero means real zero, and if reaching net zero can also help heal inequality and biodiversity collapse. Join us as the Ontario Green Party unveils its inspiring and comprehensive Climate and Environmental Plan, to kickstart big changes and build the next economy while leaving no one behind. 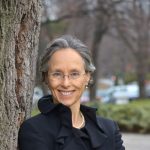 Dianne Saxe, Ph.D. in Law, is one of Canada’s most respected environmental lawyers. She ran an environmental law boutique for 25 years, and was the Environmental Commissioner of Ontario 2015 – 2019, reporting to the Legislature on environment, energy and climate. Now heads SaxeFacts, focussing on the climate crisis. Substantial board and media experience. Hosts Green Economy Heroes podcast. Senior Fellow, Massey College. Law Society Medal 2020 for exemplary leadership in environmental law. Clean50 honouree. Deputy leader of the Ontario Green Party and Green Party candidate in University-Rosedale. Global Competent Board Designation. Featured on Wikipedia. 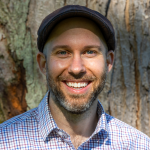 MP Elect Mike Morrice has spent his career bringing people together. Whether working with different levels of government or not for profit organizations, Mike has a proven record of introducing ambitious ideas along with finding the funds to pay for them. He is the founder of Sustainable Waterloo Region, co-creator of ClimateActionWR, and piloted Canada’s first Green Economy Hub. This later led to Green Economy Canada and eight Green Economy Hubs across the country, which have enabled hundreds of organizations to both lower their carbon footprint and increase their profitability. He also initiated evolv1, Canada’s first net-positive energy multi-tenant building, which an ambitious group of individuals later brought to fruition.