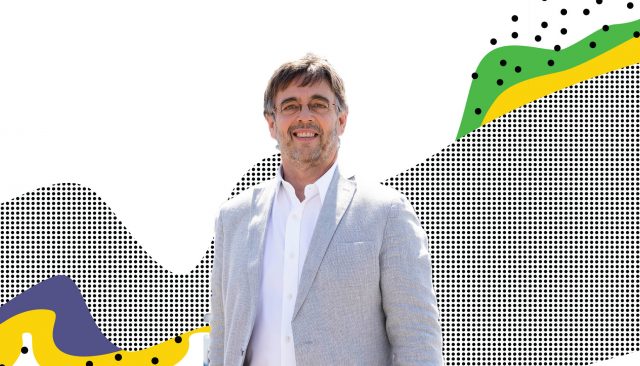 Long before I joined the French green party EELV in 2014, I already had a strong green spirit. I was fighting against nuclear power and the many ecological aberrations.

I gradually became aware that in terms of ecology, a complete change of software was needed: words, as was the case in the Socialist Party, of which I was then a member, were not enough. Ecology must be the matrix of all policies. I realized that this desire to reform society as a whole for the future of all exists only in the genes of the Greens. Moreover, this commitment to a real ecological transition is shared by all European green parties.

After 18 years as Mayor of Grande-Synthe, a municipality of 23,000 inhabitants in northern France, I intend to take the battles I have fought at local level to the European Parliament on a global level. Many of the problems we face in French society and locally can and must be addressed at European level. This is obviously true for migration issues; it is also true for the energy and ecological transition of society, transport and mobility, research and innovation. The battles must be fought at European level. I have shown at the local level that it is possible to do so; I will now lead these battles here.

There are many battles to be fought and it would be tempting to fight for each of them. But I will prioritise three areas that make sense in relation to my past commitments: migration issues, industrial transition and sustainable energy taxation.

As a member of the Committee on Civil Liberties, Justice and Home Affairs (LIBE), I will defend a reform of European asylum policy to allow a dignified and supportive reception of those seeking refuge and humanity. The deployment of European rescue teams in the Mediterranean Sea is an absolute priority for me. Inaction and indifference to this human tragedy are no longer options.

In the Committee on Industry, Research and Energy (ITRE), I will be committed to providing real support for industrial territories in their necessary energy transition and for the establishment of virtuous green protectionism at the EU’s external borders. Coming from an industrial region, the ecological conversation of these industrial territories is for me a major challenge. It is essential to support this transition by all possible means, whether in the field of energy or the circular economy in particular. Introducing a carbon tax is part of the desire to protect our environment and our industries, for example. This green protectionism, which we Greens included in our European election programme, is not nationalist protectionism aimed at hiding behind our borders: it is about protecting our planet. It is a virtuous protection aiming not only to force others to align themselves on our environmental requirements, but also to raise environmental requirements for ourselves.

Finally, I will lead the fight for sustainable energy taxation (carbon and kerosene taxes) in the Committee on Economic and Fiscal Affairs (ECON). Tax and social justice will be at the heart of my battles: the billions of euros of tax evasion must be recovered and reinvested in service of people and the ecological transition.