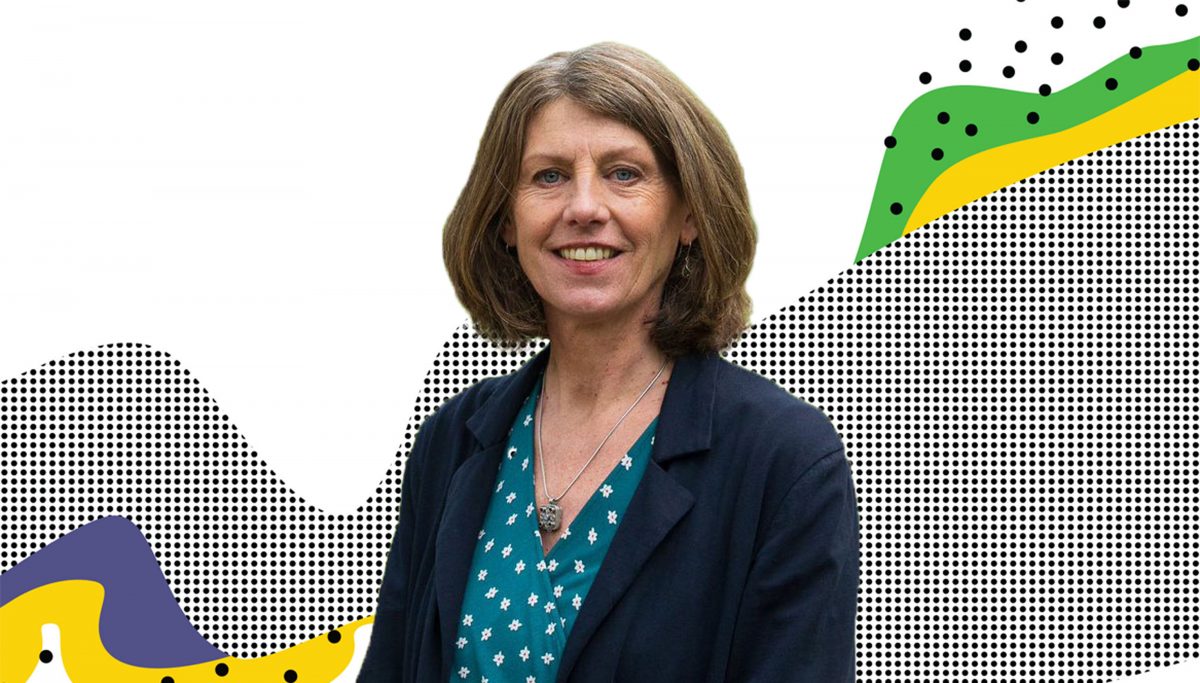 I’m proud to say I joined the Green Party back in 1986 in response to a voluntary work visit to Bangladesh. At 22, it was a turning point for me in becoming politically curious and aware, and simultaneously outraged by visibly horrendous levels of inequality that seemed to be accepted and normalised.

A few months later I discovered the values and policies of the Green Party: I was immediately convinced they are both fundamental and effective for challenging the interrelated problems of social, environmental and economic injustice within and between national boundaries.

Three decades later, we have a rapidly growing green movement and while I’m disappointed that it’s taken so long, I am massively heartened.

There’s no escaping the fact that nature sustains us and if we continue to pollute and poison it, it won’t

The young, wise voice of Greta Thunberg, who started the Youth Strikes 4 Climate, expresses the clear, simple truths very well and echoed my younger self’s realisations when she said:

“The climate crisis is both the easiest and the hardest issue we have ever faced. The easiest because we know what we must do. We must stop the emissions of greenhouse gases. The hardest because our current economics are still totally dependent on burning fossil fuels, and thereby destroying ecosystems in order to try to create everlasting economic growth. We have to start treating the crisis like a crisis – and act even if we don’t have all the solutions.”

As a Councillor I have seen how wonderful it is when a community comes together to make change locally; such as to save and create biodiversity in small green spaces. As a campaigner I have experienced how incredibly hard it is to ‘fight the system’ at a local level, on issues like fracking.

At whatever level, no matter what activity is required I am always encouraged and inspired by the commitment, creativity and compassion of those involved in the green movement.

My ‘lightbulb moment’ three decades ago was the realisation that the human species cannot expect, and that planet earth just cannot sustain, continued exponential economic growth.

Unfettered global capitalism has become dependent on quite ridiculous earth- and public health-damaging practices. It’s our duty as members of the green movement to now call that out: built-in obsolescence (nearly all electrical goods on the market); marketing-induced addictions to unhealthy consumption (most processed foods and drinks); and the so-called ‘free’ markets’ total failure to provide long term for our needs. The free market as we know it is in reality underpinned by taxpayers’ money (in particular the fossil fuel and nuclear energy markets).

The response required to regulate the global corporate giants and to guarantee they abide by principles of good practice including sustainability, transparency and a commitment to ‘do no harm’ requires international collaboration.

To ensure protection of populations and biodiversity, these regulatory frameworks must be consistent across borders.

For research and development to meet the real needs of generations; to support both the necessary creative and intellectually rigorous processes; a spirit of co-operation must be fostered at the international level.

I believe the EU has a better chance of getting these and other conditions right than any other body.

No political system is perfect but the more diverse the representation, the more effective it will be; standing alone during a worldwide emergency (climate change) makes no sense.

I watched in horror as those few clever, rich men spread lies on sides of buses, and then in anger as they attributed blame to the EU for years of neglect of economic re-distribution at home and disregard for modernising Britain’s democracy.

I’m really excited and honoured to be given places on the foreign affairs committee and the industry, research and energy committee.

Work on the foreign affairs committee will reignite my passion for international relations and due to previous experiences, I have a particular interest in Palestine-Israel relations and how the EU can strengthen moves to end the illegal occupation of the West Bank.

To ground myself and focus on practical outcomes, being part of the industry, research and energy committee (ITRE) will be really rewarding.

Involvement in resisting the shale gas industry setting up in Lancashire has necessarily made me interested in renewable energy supply challenges, technologies in the pipeline, better battery storage, smart grids etc.

The ITRE committee’s work led to the previous parliament’s commitment to raise the EU research budget from the €94.1 billion proposed by the Commission to €120 billion. I would also argue that 50 per cent of the EU research budget should go to tackling climate change, as opposed to 35 per cent in the current draft of Horizon Europe.

At least this focus is a start, but the absolute priority for funds in the next decade has to be on climate change. The development of battery technology is one of the most important fields in which R&I can make a significant contribution, with regard to both climate change and the competitiveness of the European industrial sector.

Batteries will have to become lighter and more powerful for the green shift in the transport sector, the only sector in which emissions are still increasing in the EU. Europe is lagging far behind countries like China, the US and South Korea: in a few years, China will produce 20 times more battery capacity than the EU, and three times more than the rest of the world combined. We cannot afford to lose our edge in industrial competitiveness in this important sector.

At the same time, there is a need to strengthen the rules regarding battery component and material recycling. A lot of battery material is being mined under horrible conditions. So I am also interested in a review of the outdated rules concerning batteries (the so-called “Battery Directive”).

I’ll give Greta the final word:

“The moment we decide to fulfil something; we can do anything. And I’m sure that the moment we start behaving as if we were in an emergency, we can avoid climate and ecological catastrophe. Humans are very adaptable: we can still fix this. But the opportunity to do so will not last for long. We must start today. We have no more excuses.”