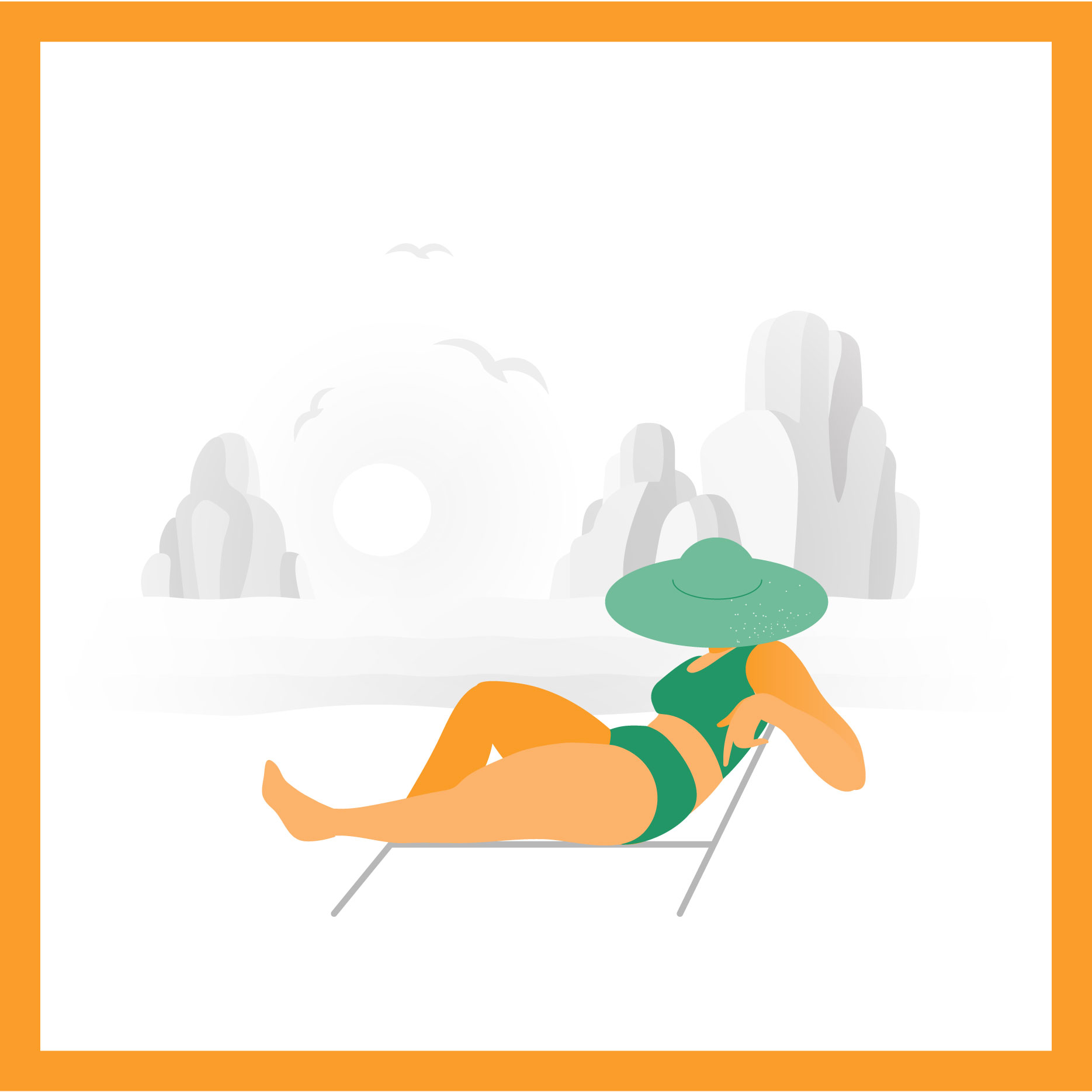 Launched in 2020, this project aims to identify and create conditions for collective action against the detrimental social and environmental impacts of tourism. These impacts of tourism-induced economic activities are often underestimated, and while social impacts are increasingly being considered in some of the tourist hubs of the project partners’ countries, for instance in Barcelona, Dubrovnik, Salzburg, or Ohrid, environmental impacts in particular are often not addressed.

As this project developed in 2020, COVID-19 wrestled hold of Europe and devastated tourism industries across the continent. With the streets and beaches empty, people and governments have been forced to look at the economic sustainability and the environmental impact of the sector; our project has been holding up a magnifying glass, allowing them to look more closely.

Going forward we’ll continue to build European transnational discussion and a policy platform that strives to build community interest in transforming this sector and steering it towards low or zero carbon intensity, while keeping a specific focus on the social dimension as tourism continues to generate inequalities. Throughout 2020, this project entailed events, desk research, several site visits as well as expert meetings and public debates to increase visibility and build a community around this topic. 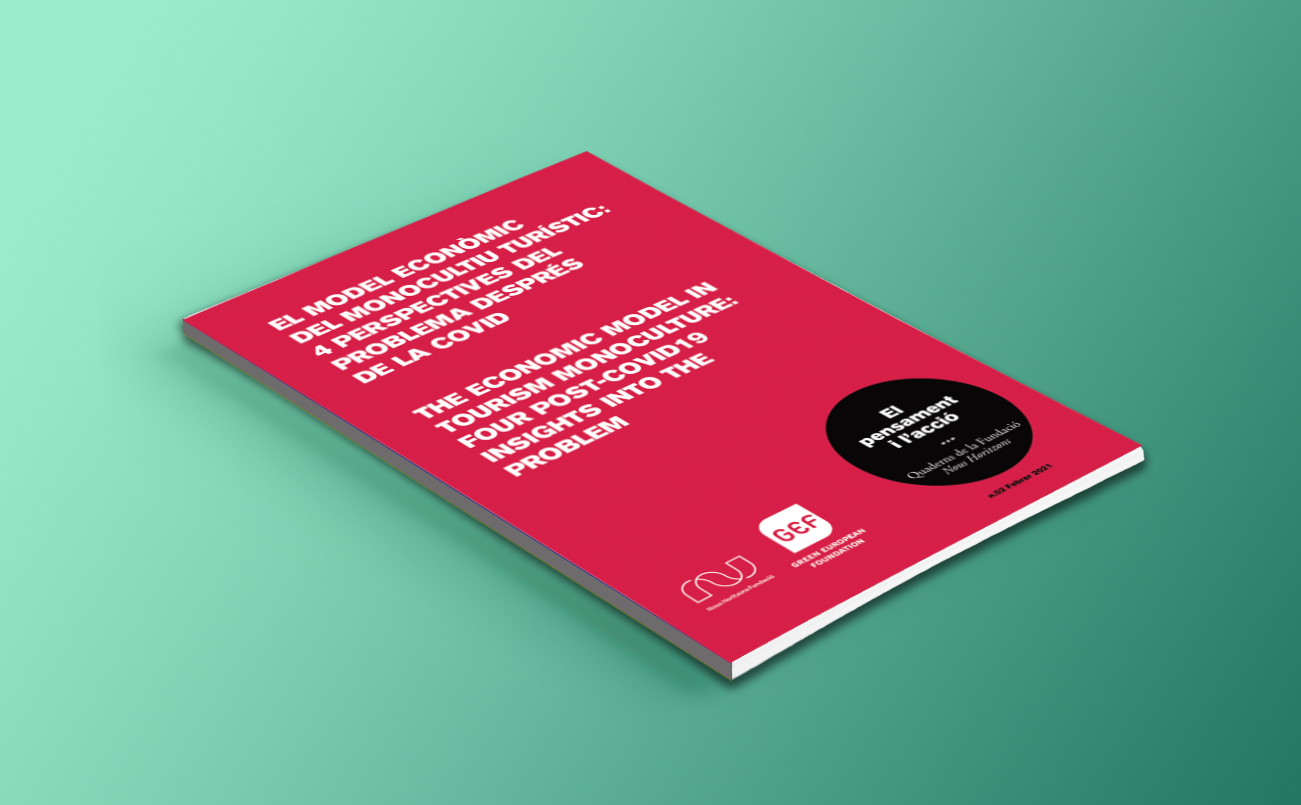 In this publication (EN/CAT) we analyse the sun and beach tourism model, and draw conclusions that may help  us find alternatives.

Towards a Fair and Low Carbon Tourism: Perspectives from Spain

The COVID-19 pandemic will represent a watershed for many aspects of human activity, one of which will surely be the capacity to travel to other parts of the globe. In the past decades, hundreds of millions of people have grown accustomed to travelling around using increasingly fast and affordable means of transportation. Starting over 70 years ago, Spain proved its ability to take advantage of the possibilities of mass tourism, which has since become a huge international business. The issue now is whether it is feasible to implement more sustainable alternatives.

It is a well-known fact that for decades the Spanish economy has relied on the arrival of tourists. The first salient year for tourism in Spain was 1965, with 14 million foreign visitors. In 2019 that number was nearly 84 million, close to 200% of the present population of the country. What lies beneath this dramatic take-off? Sociologists attribute this to a number of factors. On the one hand, the appeal of its geographic features, with large beaches and a cultural offer to go along, but also the proliferation of a European middle class that is able to travel, the warm climate throughout most of the year in the south, the culinary variety and a calm political and social situation, in contrast to other Mediterranean destinations that are prone to conflicts, such as Tunisia, Egypt and Greece.

The inflow of funds to the country eventually led to mass tourism, which grew at the expense of industrial activities, which were dismantled in many areas. Tourism helped boost another big business–construction. For decades, developments along Spain’s coasts meant there were plenty of jobs, although this took its toll in the form of the environmental impact in areas such as the Mar Menor, the surroundings of Cabo de Gata,  Doñana, the beaches of Fuerteventura and many other places. To this we must add collateral damages, for instance all the garbage that is generated, the over-exploitation of aquifers, waste waters, the alteration of ecosystems… There was also the socio-cultural impact on towns that became theme parks and city centres that fell prey to gentrification: people leaving to make way for tourist apartments.

In 2019, tourism accounted for 12.5% of Spain’s GDP, thanks to foreigners flying in searching for the coast (up to 70% of visitors). The country has also become a strong destination for conference tourism in recent years.

All of this fell apart as a result of the COVID-19 pandemic last March. Spain was one of the epicentres of the first wave and also of the second one, following a summer fruitlessly spent trying to recover tourism. The question now is whether mass tourism will return in the post-COVID-19 age. Will we see a repeat of what happened in the 2008 crisis, where tourism plummeted before resurging and becoming consolidated once again? Or should we start promoting a more sustainable form of tourism? Will we be capable of making this mid-term shift in Spain? What role could alternative forms of tourism have, for instance the observation of nature?

The fact is that all this is included in the Sustainable Tourism Strategy for 2030 that is being drafted, seeking the geographical diversity of visitors, as well as spreading those visits throughout the year. This strategy, however, hardly shows in the Plan to boost the tourist sector: the quest for safe and sustainable tourism in the post-COVID-19 age, passed by the government last June and with 4,262 million euros in funds. This plan is focused on the economic sustainability of the current tourism model, even though it does incorporate some power-saving measures, rather than on shifting to a new model. Furthermore, several autonomous communities have passed urban development plans to enable construction to continue in places such as the coast of Andalusia, which is already highly developed, zeroing in on the coasts of Cadiz and Granada, while there are many empty hotels and houses.

…it is worth noting that there are alternatives, that inland Spain boasts a wealth of beautiful landscapes with plenty of biodiversity.

Because of this, it is worth noting that there are alternatives, that inland Spain boasts a wealth of beautiful landscapes with plenty of biodiversity. There are large, empty areas that foreseeably will suffer less from climate change than Spain’s coastal areas, which are threatened by the rise of the sea level, which leads to frequent, intensive flooding and heat waves that will eventually become unbearable. Karima Delli, coordinator of the Committee on Transport and Tourism in the European Parliament, has stated that countries such as Spain have zones that are overcrowded and should try to “favour less saturated zones”.

Along the same lines, Aurora Pedro, consultant to the World Tourism Organization, advocates for “tourism that is not so low cost, more in the intermediate range and favouring local values,” which is precisely the proposal in the “Guía para un turismo sostenible” [Guide for Sustainable Tourism], published by the professor and biologist Javier Benayas alongside two co-authors. The Green European Foundation is currently compiling a list of initiatives of this nature that are being implemented all over the continent to emphasise their value and share them amongst the different territories.

The fact is that tourism linked to nature is not an entirely new path, but it has been trodden in Spain quite gingerly thus far. Official figures show that, from 2009 to 2016, nature tourism grew by 32%. In 2018, there were 9.5 million domestic tourists in this field, a million more than the previous year. This is generally possible thanks to small family-owned companies out in the country, a territory encompassing 85% of Spain’s land but featuring a mere 18% of the population. These businesses, supported by the Sector Plan for Nature Tourism and Biodiversity 2014-2020, have been boosted up to a turnover of 9 billion euros a year, which is just a mere 11-12% of total revenues from tourism, below the world average of 15%.

The profile of these tourists is far-removed from the typical beachgoer. They are younger, more educated, more affluent, they like to combine sports and nature, they travel near their home and contract their trips directly, according to a 2017 study by the Ministry of Ecologic Transition. Trips last fewer days, but they also travel more frequently throughout the year. Going in hand with the rise of this form of tourism, many ecotourism initiatives have been established to cater to their needs, such as bird watching, as well as sightings of brown bears, wolves and lynx. The greater the natural beauty, the stronger the appeal for visitors, and this may also help to protect and conserve landscapes and species in areas that would otherwise be viewed as areas for the extraction of natural resources, be it from the land, water or even the air. Wolves and lynx, for instance, have slowly been recovered, and accordingly the offer for sightings of these species has likewise grown. For bird watching, tourists often hail from abroad (35-45%), mainly from the United Kingdom, the Netherlands and Germany, where there is a large following of ornithology.

Regarding transportation, figures show that most visitors seeking nature hideouts use private transport, especially considering that public transport in the interior has gone downhill, as a result of the disuse of many railways. Foreseeably, the increase of interior tourism would favour the resumption of travel by train, which is much less harmful to the environment than air travel, the prices of which do not correspond to its actual impact: 2.6% of CO2 emissions are generated by commercial aviation.

It is obvious that the current crisis stemming from the pandemic has also affected this type of tourism centred on the contemplation of nature, but in the absence of figures it can be reckoned that this tourism model has recorded less damage in the form of unemployment or businesses shutting down, because their scope is much smaller. In some cases, country hotels, country homes, restaurants and bars in small towns have benefited from occasional visits by nearby urban tourists, now that lockdown and other restrictions basically rule out long-distance travel.

In any event, looking on to the post-COVID-19 era, whenever that may be, we might expect to see the growth of a more sustainable tourism than that which thus far kept up the economy, breaking away from old ways and opening new windows. Human beings are not going to relinquish their urge to travel. It’s something we’ve been doing for two million years. But it might be the right time for Spain to turn the page on low cost booze and beach tourism to instead favour interior destinations centred on contact with nature. This would obviously enhance the conservation of ecosystems, because those who take better care of nature will be more appealing. For instance, there are initiatives based on sightings of wolves in the Sierra de la Culebra (Zamora), birds in the lagoon of Gallocanta (Zaragoza), and the Iberian lynx in the Sierra de Andújar, places where these species are becoming valued as treasures. A balancing act will be required so that the hills, forests, swamplands and fields do not become as overcrowded and deteriorated as coastal areas.

On the other hand, it is hard to quantify the added value for travellers of going to natural areas and learning how to observe other living beings inhabiting the land. These experiences help us connect to nature, something that is largely neglected these days.

In the same way as in any other sector, public support will be needed to promote this image abroad, along with adequate training. Facilitating access by domestic and foreign consumers to the available offer, which is currently decentralised and does not cater to visitors from abroad, could help shift the image of Spain and make it a quality destination for those eager to indulge in biodiversity.

In order to further reflect on this, the Green European Foundation with the support of Transición Verde (Green Transition) decided to host an event at La Casa Encendida – with various experts on this topic, both national and international, sharing their views and trying to seek the most feasible answers. We need to follow a greener compass to change the course…

A Spanish language version of this article was originally published in Huffpost. 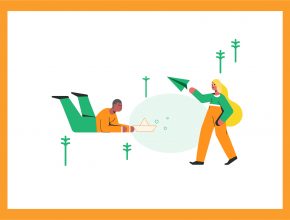 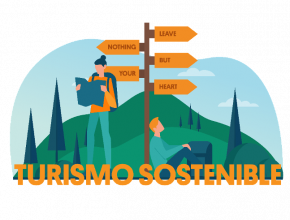 Towards a Fair and Low Carbon Tourism: Perspectives from Spain 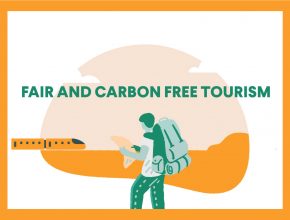 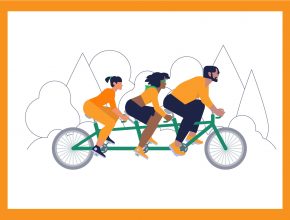 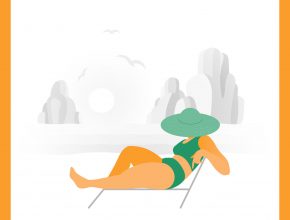 Sun and Sand Tourism: Proposals for a Sustainable Future