This new GEF publication, developed with support of the Polish Zielony Institut and the Heinrich Boell Foundation offices in Warsaw and Brussels, discusses the policy measures that the Polish government should engage in if it were to be committed to an ecological transformation of the society, such as the one proposed in the Green New Deal. 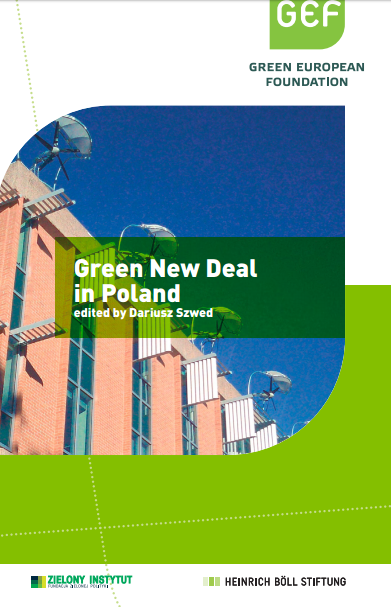 The publication starts from the premise that although many European governments have taken over a discourse in line with the Green New Deal, there is long way to go to turn commendable political discourse into concrete political action. In this sense, the publication looks at key questions that need to be tackled in order to allow for a sustainable transformation of Europe’s economies.

Which sectors would drive the transformation and which sectors would be in most need of reform? Which transversal issues, such as gender relations or education, would have to be addressed as part of this transformation? These are questions that this publication deals with in detail. The aim is to highlight that there is an enormous latent potential to build a better future, which is not achieved due to unambitious policies within the European Union – at the national as well as the European level.