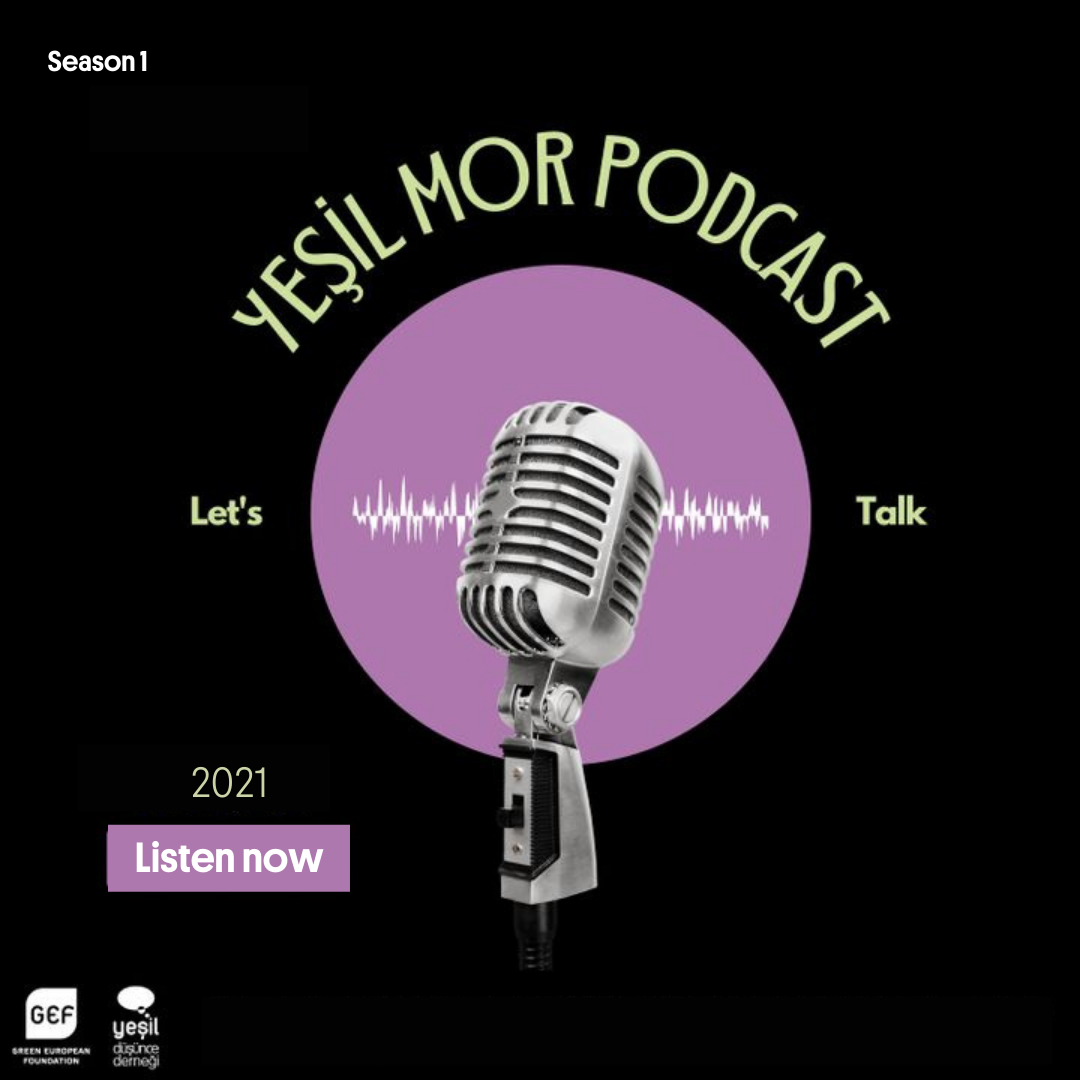 Welcome to the podcast series we have prepared within the scope of the Gender Studies for Green Policies project . In this first season of the podcast, we will talk about current issues in the fields of gender issues and the green movement with different guests. Enjoy listening!

“Fighting for social justice in Turkey is not easy. But courage is contagious and the more I get together with people and run against danger, the more courageous I become and the more I want to fight”. In our first episode, we chatted with trans-feminist vegan activist Doğa Bayraktar.

Greens have the potential and energy to build a fairer, more equal world.” In the second episode of the Green Purple Podcast, Emine Özkan, who has been in the ecology movement and the Greens for years, spoke with the Green Movement in the context of gender equality and struggle and as a young woman co-spokesperson. We talked about their experiences.

Ultimately, we’re all fighting to tear down patriarchy and the systems that empower it. For a green, feminist and inclusive world. Fighting against dictators cannot differ from the battle to create a political space in favor of democracy.” In the 3rd episode of the Green Purple Podcast, we talked with Stefanie De Bock, one of the co-spokespersons of the European Young Greens Federation, on women and the LGBTI + movement in Europe, the Istanbul Convention and the greens.

*** The word masculine is a word of French origin. It is called masculine in French and it means “Man”. Demasculinization, conceptually, is one result of the de-sexing struggled in today’s modern world. 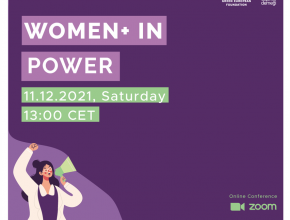 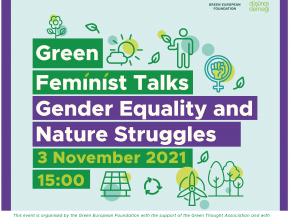 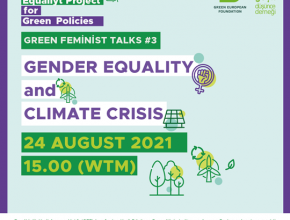 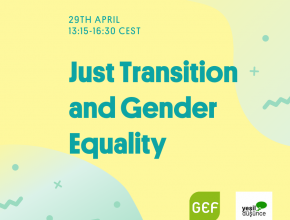 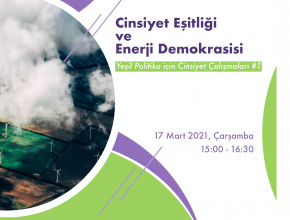