How community organising and community engagement can be positive counter forces to climate chaos. 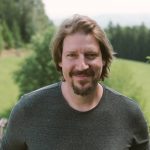 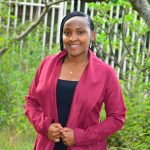 Elizabeth Wathuti, Environmentalist and Climate Activist from Kenya, Green Generation Initiative . Elizabeth Wathuti is a passionate environmentalist and climate activist from Kenya and one of the leading young voices for the environment and Climate Action in Africa. She is the founder of Green Generation Initiative (GGI), Head of Campaigns at Wangari Maathai Foundation, and a youth council member of the International Reserva. She holds a Bachelor’s degree in Environmental Studies and Community development. She has been feted for her outstanding passion, personal commitment and leadership in environmental conversation through, Wangari Maathai Scholarship Award, Commonwealth Youth Awards 2020 as a regional finalist for African and Europe among others.   Twitter: lizwathuti  Instagram: lizwathuti  Facebook: lizmazingira  Website: http://www.lizmazingira.com/ 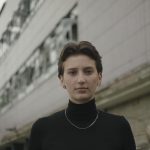 Lola Segers, Climate and human rights activist with Youth for Climate Belgium (FFF) . Climate and human rights activist who two years ago joined the Belgian Youth for Climate (YfC) movement, internationally known as Fridays for Future. Within the movement she’s a spokesperson, and coordinator of communication. She has organised multiple strikes, actions and projects with the movement and has joined many climate negotiations on a national and international level. 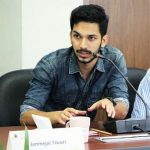 Janmejai Tiwari, Climate and human rights activist, Secretary of the Global Young Greens . Janmejai Tiwari is a passionate young activist who has been part of several climate and human rights movements in India. He is also the Secretary of the Global Young Greens. He has been arrested several times during these movements and still faces court cases falsely imposed on him by the government. Janmejai is fighting for climate justice, LGBTQ rights, youth rights, and social justice. 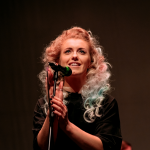 Imogen Stirling, Performance poet, theatre-maker, musician, and writer. Imogen is a Glasgow-based performance poet, theatre-maker, musician, writer and facilitator. She was the inaugural Writer-in-Residence for Paisley Book Festival 2021, is currently leading on Wigtown Book Festival’s youth programme and can be seen on BAFTA-winning Sky Arts documentary, Life & Rhymes, hosted by Benjamin Zephaniah. Imogen is a highly regarded artist who has performed her work widely throughout the UK and abroad (inc. BBC, Latitude Festival, Lindisfarne Festival, Neu! Reekie!, Sofar Sounds). She is best recognised for her five-star debut show #Hypocrisy (longlist: Amnesty International Freedom of Expression Award) and was a participant of the BBC Words First talent development scheme.  Imogen’s role as an educator and community facilitator is integral to her performance poetry career; she is a highly experienced spoken word/creative writing workshop leader, focusing on writing, spoken word, expression and mental health. 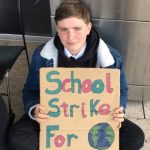 This event will be livestreamed to Thomas Waitz’s Facebook page