The elephant in the room at the COP26 climate summit is the dogma of GDP growth. Come along to explore how we can move from this destructive paradigm towards an economy that has human wellbeing and the flourishing of the natural world at its heart. At this event, Green parliamentarians will be joined by experts, campaigners and practitioners who are leading the transition to a new economy that puts people and the planet first – at local, national and international level.

We’ll explore what ‘system change not climate change’ really means and how people can get involved – especially in their local communities. We’ll discover why transforming the economy is critical to addressing the climate emergency, and how to build support for the fundamental economic rethink we urgently need. We’ll hear about inspirational alternatives to economics-as-usual already being implemented, such as doughnut economics, community wealth building, and the wellbeing economy.

(Chair) Caroline Lucas, MP for Brighton Pavilion, Green Party of England and Wales. As the Green Party’s first MP, Caroline has represented Brighton Pavilion since 2010. Previously she served as an MEP for 11 years, and as an Oxfordshire councillor.  She has also served as Green Party Leader and Co-Leader.  She is chair of the APPG (All Party Parliamentary Group) on Climate Change, chair of the APPG on Limits to Growth, a member of the influential Environmental Audit Committee, and co-chair of IPPR’s Environmental Justice Commission.    Caroline is in the Environment Agency’s Top 100 Eco-Heroes of all time and has won awards for her work on tackling social exclusion, wildlife protection, and women’s rights. Her book Honourable Friends: Parliament and the fight for change makes a passionate case for parliamentary reform. 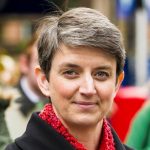 Dorothy Grace Guerrero, Head of Policy and Advocacy, Global Justice Now  Dottie is Head of Policy and Advocacy since January 2017. Her work in social movements and NGOs spans 30 years. She currently works on and writes about corporate accountability, climate change, migration, trade and investment, China and other related economic justice concerns. She is originally from the Philippines and has lived in The Netherlands, Germany, Thailand and South Africa before moving to the UK. She previously worked with the Transnational Institute (TNI), African Women Unite Against Destructive Resource Extraction (WOMIN), Focus on the Global South (an Asian regional organisation), Asienhaus Deutschland and the Institute for Popular Democracy in the Philippines. She also worked as guest lecturer in MA Development Programs in universities in Asia and Germany. 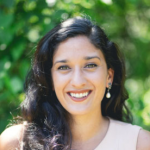 Amanda Janoo, Knowledge and Policy Lead for the global Wellbeing Economy Alliance.  Amanda Janoo is the Knowledge and Policy Lead for the Wellbeing Economy Alliance (WEALL). Amanda is an economic policy expert with over a decade of experience working with governments and international development institutions around the world. Her work aims to build just and sustainable economies through goal-oriented and participatory policy design processes. Prior to joining WEAll, Amanda worked for the United Nations and the African Development Bank as an industrial policy and structural transformation expert. As a Fulbright researcher, she explored the relationship between international trade and informal employment. She graduated from Cambridge University with an MPhil in Development Studies and heralds from the green mountain state of Vermont, in the USA.

Florent Marcellesi, Co-chair of the Spanish Greens (Verdes Equo) and a former Green MEP in the European Parliament. Florent is also a delegate of Global Greens in COP26. Civil Engineer and urban planner, he is also a specialist and professor in international cooperation. He is the author of different books on Green Transition, Ecological Economy and Post-Growth.

Eugenie Sage MP, New Zealand Parliament.Eugenie has been a Green MP in the New Zealand Parliament since 2011, and was Minister of Conservation, Land Information and Associate Minister for the Environment (waste) during the Green’s first term in Government from 2017-2020. Before that, Eugenie was an elected Regional Councillor with Environment Canterbury. She also worked for Forest & Bird for 13 years, campaigning to protect Tai Poutini/West Coast beech and rimu forests and the South Island high country. She is proud to have been made a Distinguished Life Member by Forest & Bird, and values the huge amount of practical conservation work volunteers do around the country.

This event will be livestreamed on COP26 TV