Co-founded by Caroline Lucas MP, the Global Alliance for a Green New Deal brings together 27 politicians from around the world united in the belief that targets, although important, don’t change things, policy does. A quarter of Alliance members are Green MPs, including New Zealand’s Minister for Cliamte Change, James Shaw. The panel will explore how collaborative approaches nationally, regionally and globally can accelerate a rapid and just transition in response the climate and nature crises and the role of Green MPs in raising ambition around the world. 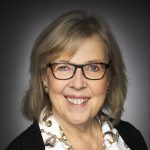 Elizabeth May is the MP for Saanich—Gulf Islands, British Columbia and the first person to be elected as an MP for the Green Party of Canada. Elizabeth is an environmentalist, writer, activist and lawyer, who has a long record as a dedicated advocate for social justice, for the environment and for human rights and has been recognised by the United Nations and Time magazine for her contribution to environmentalism. 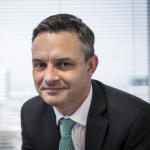 James Shaw is the co-leader of the Green Party of Aotearoa New Zealand. James is the Minister of Climate Change and Associate Minister for the Environment. He led the New Zealand Government’s work on the Zero Carbon Act, which creates a legal requirement for the Government to take action consistent with limiting global heating to 1.5C. 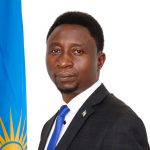 Dr Frank Habineza is the founder of the Democratic Green Party of Rwanda, President of the African Greens Federation, a coalition of 30 political parties and movements across the African Continent. Dr Habineza represents Africa on the Council of Global Greens and is a member of its Executive Committee, and is deputy chair of the parliamentary Social Affairs Committee of Rwanda.

This event will be livestreamed on COP26 TV https://cop26.tv/