The mayor, the deputy mayor for environment and the chairman of the climate committee of the city of Prague will introduce the Czech capital’s climate plan. Prague is calling for international cooperation amongst cities and is proving that there is a strong commitment to ambitious climate goals in central Europe.

Introduction by Evelyne Huytebroeck, Co-chair of the European Green Party 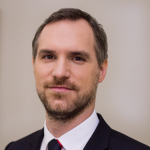 Zdeněk Hřib has been the Mayor of Prague since 2018. He is the first Pirate Party member to be elected as a mayor both in the Czech Republic and worldwide. He graduated in General Medicine at Charles University in Prague. During his studies he worked as an intern at Linkou Chang Gung Memorial Hospital in Taiwan. After graduating, Mr. Hřib worked for several organizations as a healthcare IT specialist and consultant. He has been active in the Czech Pirate Party since 2013 and served as the party’s healthcare expert.  As the mayor of Prague, he focuses on sustainability, smart city solutions, data-driven city management, transparency and human rights advocacy. In 2019, Prague together with the other V4 capitals – Budapest, Bratislava and Warsaw – founded the Pact of Free Cities in order to defend freedom and democracy and tackle anti-liberal tendencies, inequalities, populism, xenophobia and climate change denial.  Prague under his mayorship has adopted the Climate Plan for Prague – a set of specific measures for achieving Prague’s Climate Pledge to reduce CO2 emissions by 45% by 2030 compared to 2010 and to reach climate neutrality by 2050. 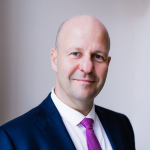 Petr Hlubuček is one of the most experienced members of the Prague city council. He has been the mayor of Prague district Praha-Lysolaje since 2010. Since 2018 he has also been the vice-mayor of the city of Prague responsible for environment, infrastructure and security. He is the regional chairman of the Mayors and Independants party (STAN). Mr. Hlubuček is responsible for the adoption of the Climate Pledge of Prague which sets the goal to reduce the CO2 emissions by 45% by 2030 compared to 2010. The Climate Pledge also means the commitment to depart from fossil fuel use in energy production, transport, and other economic activities. In June 2021 the City Assembly adopted Prague Climate Plan 2030 which presents 69 specific steps which will lead towards fulfilling the Climate Pledge. Under Mr. Hlbuček’s mandate Prague became the leader in tackling the climate change in the Czech Republic and has been promoting the perception of the green economy as a unique opportunity, rather than a threat. 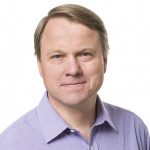 Martin Bursik graduated in environmental science. He is an expert on climate change mitigation and sustainable energy in the United Nations Development Program (UNDP), vicepresident of the European Renewable Energy Federation (EREF), chief advisor of the Czech Renewable Energy Chamber and chairman of the Commission for Climate and Sustainable Energy of the Prague City Council.  Mr. Bursík served as the Deputy Prime Minister (2007-9) and Minister fot the Environment of the Czech Republic (1998 and 2007-9). He is a laureate of the Josef Vavrousek Environmental Prize by the Charter 77 Foundation and Partnership Foundation for promoting modern environmental policy, renewable energy and energy savings. During the Czech Presidency of the European Council in the first half of 2009, Mr.Bursík represented the EU at the international negotiations on climate agreement with representatives of the major world economies of the USA, China, India, Canada, Japan, Russia, Australia and other countries. He is the author of the “Green Savings” program supporting energy savings and the installation of renewable energy sources in households within the Czech Republic. Throughout his life, he has been dedicated to the advocacy for the environmental protection and transition from fossil fuels towards renewable energy. He criticizes human rights violations in China and Tibet and is a co-founder of the “Czechs support Tibet” initiative. Supports the Tibetan Government in Exile and actively participates in the dialogue on the state of the environment and the role of the Tibetan Plateau in global climate protection. He is a member of the Czech Ornithological Society and the Society for Sustainable Living. He has three daughters. He devoted himself to mountaineering in the past.