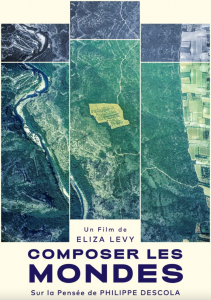 Screening of the documentary “Composer les mondes” [Composing worlds], a French documentary (with English subtitles) on the intellectual journey of the famous French anthropologist Philippe Descola (Beyond Nature and Culture, University of Chicago Press, 2003; The Ecology of Others, University of Chicago Press, 2013). In France, Philippe Descola is considered a major influence of the “new” green thinkers exploring the complex relations between humans and the living world.

The documentary shows how Descola links the notion of the Anthropocene to his studies on civilizational perceptions of the living world. Viewers will get a chance to follow him on a trip to South America. There, he lived with the Achuar in the seventies. His studies of this group of Jivaros peoples is considered a classic of anthropological studies and an inspiring discovery of how non-western civilizations perceived their relations with other living beings. The documentary also shows how Descola supporting French ecological activists trying to preserve farm lands from being transformed into an international airport.

The screening will be followed by a debate with Eliza Levy, the director of the documentary and François Gemenne, professor of political science, author for the IPCC reports and author of the Atlas of the Anthropocene (Presse de Sciences Po, 2021) and The Anthropocene and the Global Environmental Crisis (Routledge, 2015). The debate will be moderated by Benoit Monange from the Green European Foundation and Isabelle Bianchet, producer of the documentary.