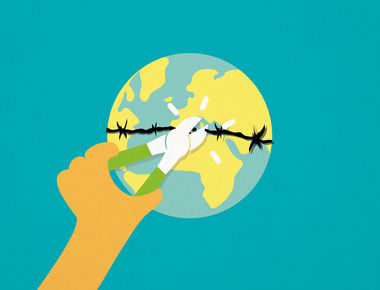 Heinrich Böll Stiftung organised an international conference, on the 26th and 27th of May in Berlin, with a focus on Refugee and Asylum Policy in Europe. The conference was organised in cooperation with the Green European Foundation.

This event addressed the scope and the causes of the ongoing crisis in relation to Refugee, Asylum and Migration policies in Europe. Furthermore, it analysed the EU’s lack of political consensus and co-ordination in the process of decision-making and the impact of this situation on the ongoing crisis.

This conference included experts from Europe and the US, as well as from the EU’s southern neighbour regions, who discussed crucial issues of Europe’s asylum and migration policies.

Some of the most important debates that this event aspired to contribute to are:

LANGUAGES: The conference was translated simultaneously in German/English.