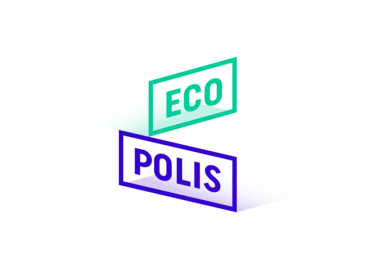 The second edition of the annual Ecopolis event took place on April 17th 2016 at the Kaaitheater in Brussels. The event was organised by GEF and the Belgian Green foundation Oikos, together with several other partners.

This year’s edition of Ecopolis was a day filled with inspiring debates, books, round tables and documentaries. The golden thread was the theme Power, Politics and Chocolate. Five different panel debates took place throughout the day:

In this first debate, the writer Joris Luyendijk and MEP Bart Staes discussed, among others, the question of who holds real power today. The power that each citizen has in him- or herself, which can be exerted with each local, national and European election, was one of the main topics during this panel. Moreover, the power of lobbies, which lies in their financial resources, was discussed.

Debate 2: What comes after COP21 in Paris?

The cynicism about the actual effects of the climate agreement reached in Paris last November is huge. The panellists of this debate discussed on whether any change which leads towards the implementation of the agreement is visible, and argued for a positive view on the matter as transition requires time. Natalie Eggermont, member of Climate Express, and Karel Verhoeven, editor in chief of De Standaard, both stated that climate can function as a mobilising factor for many citizens. Faiza Oulahsen from Greenpeace added that citizens’ movements should continue to seek to mobilise and to remind important decision-makers to recall their ‘Paris moment’.

Since it is not easy for Ivorian chocolate farmers to be granted access to the international market, cooperative models such as Ecookim are essential for producers on the ground. Ecookim’s director, Mamadou Bamba, was part of this debate’s panel, and spoke about the challenges fair chocolate production faces in the light of economic globalisation. Isabelle Quirynen of Bittersweet emphasised the importance of close cooperation between producers and farmers, which results not only in a good quality of the chocolate, but also a more bio-ecological product. At the same time, consumers are also partly responsible for the ways in which chocolate is produced, since they can make a conscious choice for sustainable products. In addition, higher tax levels could also lead to less burdens for fair trade products. As Olivier De Schutter, international food expert, stated, decisiveness from high levels will be essential in the transition to a sustainable food system.

The unstoppable need for economic growth will result not only in the phenomenon of the ‘oil peak’, but also in that of the less tangible ‘happiness peak’, as we are, according to professor Niko Paech, faced with too many choices and information, resulting in increased levels of stress. In line with the degrowth scenario, we must face the truth that equal prosperity with improved technology will remain an illusion. The whole system needs to find a new balance for a structural change. Green philosopher John Thackara stated that the situation is already developing in the right direction: while several years ago only a small number of local projects could be found, now there are thousands initiatives flourishing, but the overall story arc is still missing. It is, however, not easy to avoid the trap of growth displayed by the ‘sharing economy’ (e.g. Airbnb). When driven by an economic model of growth, such initiatives can extract more value from society than their actual social benefits. As a starting point towards an era of degrowth, the panel suggested a redistribution of work, based on a 20-hour working week combined with a system of local self-sufficiency. Wannes Cappelle, author of Ont-ferm U, also emphasised that special attention must be given to those with a more precarious situation and supported the concept of a minimum income.

Debate 5: Citizens in the world

The United Nations is the only body in which all countries of the world currently sit together around one table. It is therefore an absolutely indispensable organisation, stated Warda El Kaddouri, the Belgian youth representative to the United Nations. However, it is well known that also this organisation suffers from cumbersome bureaucracy. There is a need for re-evaluation, as stated by writers David Van Reybroeck and Jeroen Olyslaegers. Bottom-up recalibration is underway through the citizens- the “we”, that is growing, carries the promise of a renewed awareness in relation to the system. Moreover, it is also necessary to have a wider that takes into consideration more than only our fellow human beings. A humanism which does not take animals and the planet into consideration is falling too short. This solidarity and humanity must be much more evident than it is today, said author Annelies Verbeke.

The recordings of the different panels in Dutch can be found here.