Greens/EFA Group in the European Parliament
< Back 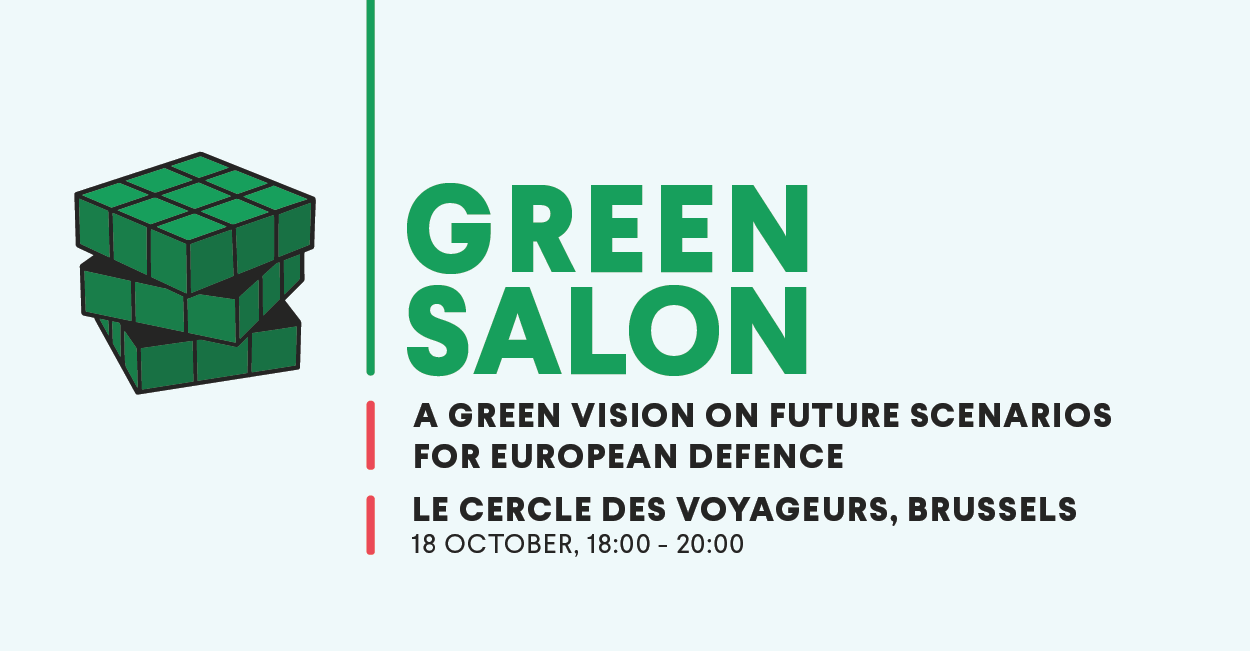 The Green Salon is an innovative project organised in 2017 by the Greens/EFA group in the European Parliament and implemented by the Green European Foundation.

The project aims at creating a sheltered space for Green-minded politicians and experts to critically explore political issues and build sharp answers to today’s challenges.

A Green Vision on Future Scenarios for European Defence

The first Green Salon – A Green vision on future scenarios for European defence – took place in Brussels on 18 October 2017. It was an invitation-only event that addressed Greens from the European and national level as well as independent experts and thinkers from across Europe to feed-into the debate with their expertise and assist Greens in discussion and fine-tuning their ideas and positions.

The first Green Salon addressed the topic of the future of European defence, which has re-emerged on the European agenda, raising questions as to its direction, ambitions and goals that urgently need to be addressed.

The opening reflections of the two main contributors, Nicoletta Pirozzi, Istituto Affari Internationali, and Sven Biscop, Egmont Institute, served as a spring board for the debate. After their input, an open discussion between all participants under Chatham house rules formed the core of the event and was moderated by Kristine Berzina, German Marshall Fund of the United States.

The two main contributors’ role was to launch the debate by ‘feeding’ the audience with information and provocative food for thought on the current state of play and debates around European defence, thereby enabling participants to engage into discussion.

Following the event, two videos were produced, focusing on: