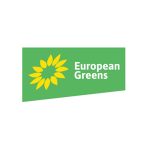 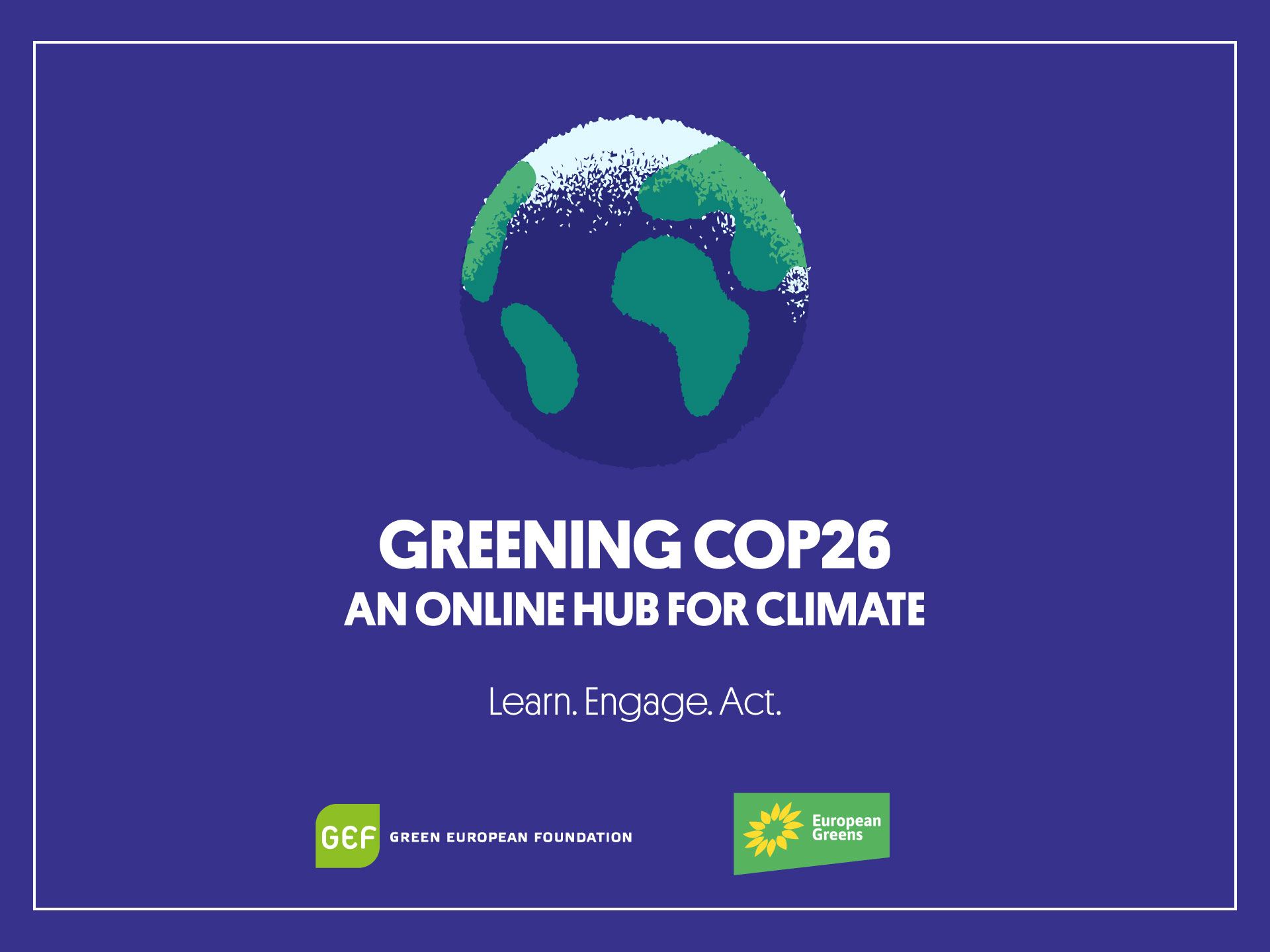 With the COVID-19 pandemic and particularly the economic recovery of this crisis dominating the public discourse, as well as the postponement of COP26 in Glasgow by a year to November 2021, the need to fight climate change has seemingly lost priority on the political agenda. Although the ongoing pandemic is closely linked to the destruction of our environment and biodiversity, initial declarations by the UK government and others, declaring 2020 as the “year of climate action” have clearly been downscaled which could have dramatic effects for our planet.

The following months will be crucial to ensure public awareness that urgent climate action is needed and that the recovery of our societies and economies must be a green recovery in all its aspects.

The Green European Foundation and the European Green Party are therefore organising “Greening COP26. An online hub for climate” to provide a space for the green ecosystem to keep up the momentum within the movement and to strengthen the connections that were already built – between green actors from different levels as well as between green actors and CSOs.

The first day of the online Green Climate Hub will be held on the day that would have been the original last day of COP26 with a concluding statement/agreement from governments. We will hence use the day to kick off this virtual hub for the green movement to come together and work towards Greening COP26. What are the priorities we will be setting? What do we expect as outcomes of COP26 and what do we realistically expect to happen?

Day 2: The Struggle for Climate Equality

Although driven by natural and physical systems that are changing our planet, it is also clear that climate change will bring with it impacts on our social and economic systems as well as exacerbate already existing inequalities. In particular, the gap between the global North and South and the increased negative impacts already being felt by indigenous communities, women and people of color must be addressed. Existing problems, like migration, conflict and wealth inequality will be worsened by the impacts of climate change. Our global private and public finance systems are driving the climate crisis and investing our money in the wrong future.

How can these problems be addressed? What do we need to consider in our fight for a sustainable and equitable future? How can or will the international climate discussions reflect these issues?

So what is next for us? Marking the 5th anniversary of the Paris Agreement (on the 12th December 2020), and at the same time in the expectation that the European Council (on the 11th December) will make its final decision on the EU climate law, this day marks an important milestone of progress for global and European climate action thus far.

But we know that there is still much work left and time is running out. The impacts of climate change are already being felt, and as we continue to battle the corona crisis, it is more important than ever that we look towards building the sustainable and just future we want to see. Youth movements and activists have not only been leading the push for action now, but as the generation that will bear the brunt of the climate crisis, their vision of the future is more important than ever. We can build on the best practices, innovations, and visions that are already being fought for around the world. Greens, civil society, activists and others must come together to shape a better tomorrow.

The hub will be hosted on GEF’s SpotMe platform. Sign up here.