With the joint online event, Heinrich-Böll-Stiftung EU office and the Green European Foundation want to discuss the lessons learnt from the COVID-19 pandemic for a EU level approach to public health and EU coordination of health crises.

Which role will public health spending play within the Next Generation EU budget and the MFF 2021-2027, and how are those two interlinked? How can the general resilience of the EU and its members be strengthened, in light of other crises such as the climate crisis?

One of the reasons for the lack of coordination certainly lies in the fact that healthcare remains a competence of the member states. Although the EU’s role should be complementary to the member states’ policies, taking on a coordination role in the case of serious cross-border health risks, the individualistic approaches by the EU governments and the lack of information sharing about them made such coordination nearly impossible at the beginning of the pandemic.

As most member states are slowly easing lockdown measures with daily infection rates and casualties fortunately decreasing, the EU seems to slowly find its role in the crisis – having recently unveiled an unprecedented financial package as part of the European Commission’s recovery plan. It is underlined that one of the pillars of this budget will be to learn from the lessons of this crisis and hence rolls out a new Health programme (EU4Health) as well as increased resources for the EU’s disaster response rescEU.

Back in April, European Commission President Ursula von der Leyen suggested in an interview to combine the green deal climate plan with a “white deal” for healthcare, coined so subsequently by the media as white is usually the colour associated with healthcare. As the Commission is proposing, alongside the recovery package, to reinforce the EU long-term budget 2021-2027 and allow within it more flexibility, this could potentially mean that a substantial amount is being ring-fenced for healthcare spending. 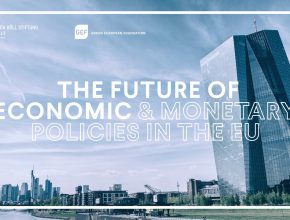