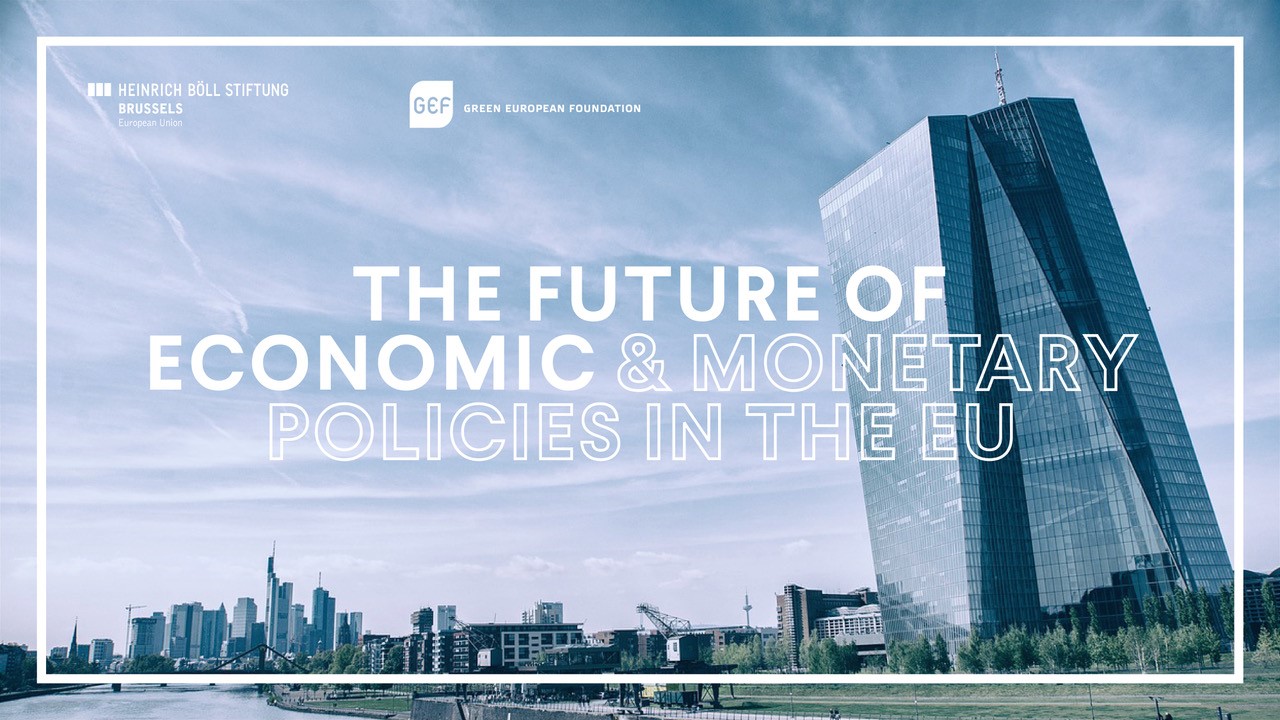 With the joint online event, Heinrich-Böll-Stiftung EU office and the Green European Foundation want to discuss the future of monetary and economic policies in the EU amidst the economic fallout of the ongoing COVID-19 pandemic.

This second installment of the joint series “Worldwide Pandemic, European Responses” will look at the economic consequences of the ongoing COVID-19 pandemic and how it is shaping monetary and economic policies on the European level.

The event will discuss what the latest developments amidst this crisis could mean for the future of the EU. Will we see a further integration with a fiscal union following the monetary union? Or are those just extraordinary measures in extraordinary times, and the ECB policy will face massive challenges again in the future as suggested by a landmark ruling of Germany’s Constitutional Court in early May? What are the risks and what are the opportunities of the EU directly borrowing money at the financial markets, which would have to be paid back after the next long-term budget in 2027? What will this debt mean for the actual ‘next generation’ of the EU? Could this be a precedent for future crises to tackle and could an increased economic ‘firepower’ of the Commission revive public approval for the EU and its institutions?

The COVID-19 pandemic has brought life to a standstill across the globe and the resulting halt in production, interrupted supply chains worldwide, and a drop in consumption have plunged our economies into a severe crisis. Within the EU, the countries hardest hit by the pandemic – Italy and Spain – were also among the member states that suffered most under the European debt crisis a decade ago. Immense efforts and support from financially stronger member states will be needed for their recovery.

To soften the economic and social fallout of the ongoing COVID-19 pandemic and after coordination and display of solidarity was initially lacking amidst the crisis, the European Commission presented its proposal for a major recovery plan, which includes a recovery fund entitled ‘Next Generation EU’ amounting to 750 billion euro alongside proposals to reinforce the long-term EU budget, the Multi-Annual Financial Framework 2021-2027, as well as an adjustment of its own work programme for the year 2020, prioritising recovery and resilience. Additionally, the European Central Bank announced in early June that it would boost its emergency support programme by 600 billion euro to 1.35 trillion euro. The support from the ECB comes on top of up to 540 billion euro in financial aid from Eurozone governments that includes credit lines from the euro bailout fund as well as the above-mentioned proposal by the European Commission.