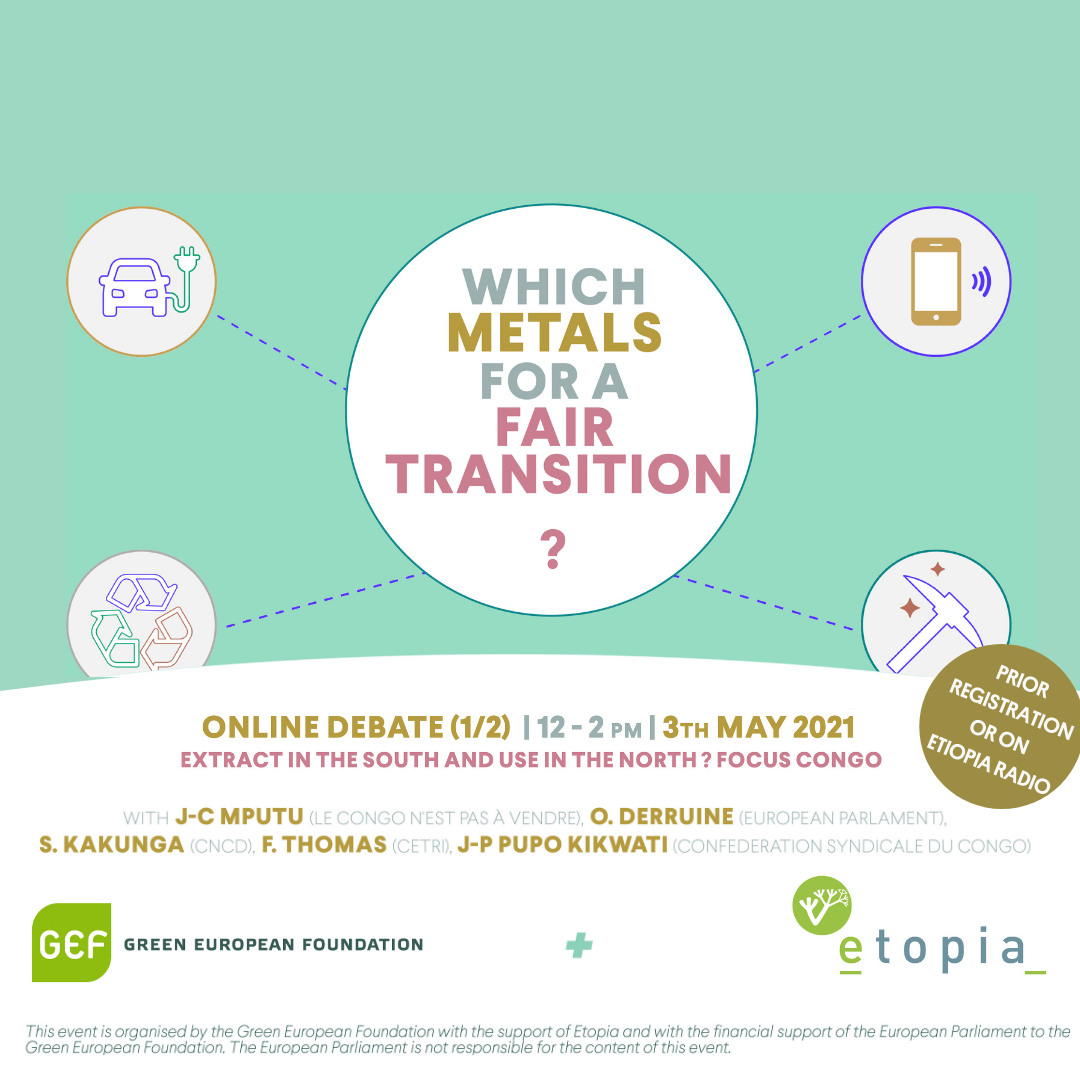 Join a two-webinar series and find out if mining metals for the energy and digital transitions can occur while protecting human rights and preserving the environment.

Which metals for a fair transition?

During May and June, we will organise two webinars revolving around this topic. While the first debate will focus on the extraction aspects in the south (working conditions, regulations, due diligence…), the second will tackle consumption and production in Europe (reopening mines in Europe, lower consumption, circular economy, recycling, technology design, low tech…)

Our main guiding questions will be to:

Like all European countries, Belgium imports large quantities of rare metals such as cobalt, germanium, lithium, and coltan through complex and opaque supply chains.
These metals are now the subject of particular attention in European policies. This is for at least two reasons which raise some rather contradictory issues and involve very different actors: it is, on the one hand, to ensure a constant supply to support the growth of the development of renewable energies and digital technologies (solar panels, electric cars, wind turbines, smartphones, smart cities…) and on the other hand to make sure not to contribute to socially and ecologically objectionable forms of mining (work conditions sometimes close to slavery, child labour, destruction of ecosystems in producing countries… ).

The Democratic Republic of Congo, with which Belgium has a tumultuous historical relationship, illustrates the current difficulties in reconciling these two issues. Between neo-colonialism and extractivism, Congo provides 60% of the world’s cobalt and 40% of coltan, and yet remains one of the poorest countries in the world.

How can mining be technically and socially modernised to stop child labour and minimise environmental damage? How to deal with the limits of due diligence in Europe? What is being done today in European and Congolese policies to improve the conditions for metal extraction?
As far as demand is concerned, can the EU limit the need for imported virgin metals while ensuring a rapid energy transition and a responsible digital transition? For example, by stimulating the recycling and substitution of rare metals, re-opening mines within its borders, or reducing the overconsumption of kilowatt-hours and megabytes?

Audience: This webinar will take place in French and is open to the general public

Please note the event will be organised through the ZOOM platform, with Facebook live, Etopia Radio and the local Brussels Radio station. 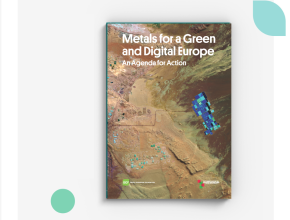 Metals for a Green and Digital Europe (Stockholm) 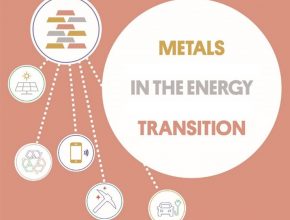 Metals in the Energy Transition 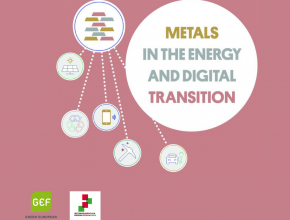 Mining for Metals in a Post-Cop Intersectional World: Can It Be Fair? 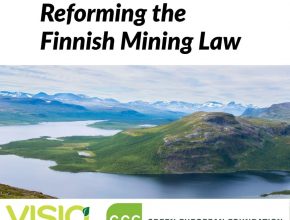 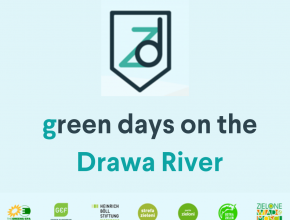 GEF at the Green Days: On the Way to COP26 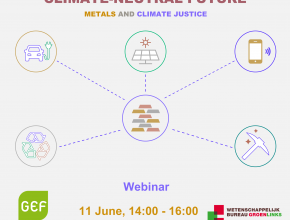 Mining our way into a climate-neutral future – Metals & climate justice

The European Green Deal and The Need for Metals

Metals for a Green and Digital Europe- An Agenda for Action