In the run-up to the COP21 Conference on climate change in Paris, GEF and the Federation of Young European Greens have produced an informative brochure, which provides a useful introduction into the history of the process, and what is at stake at the end of 2015. 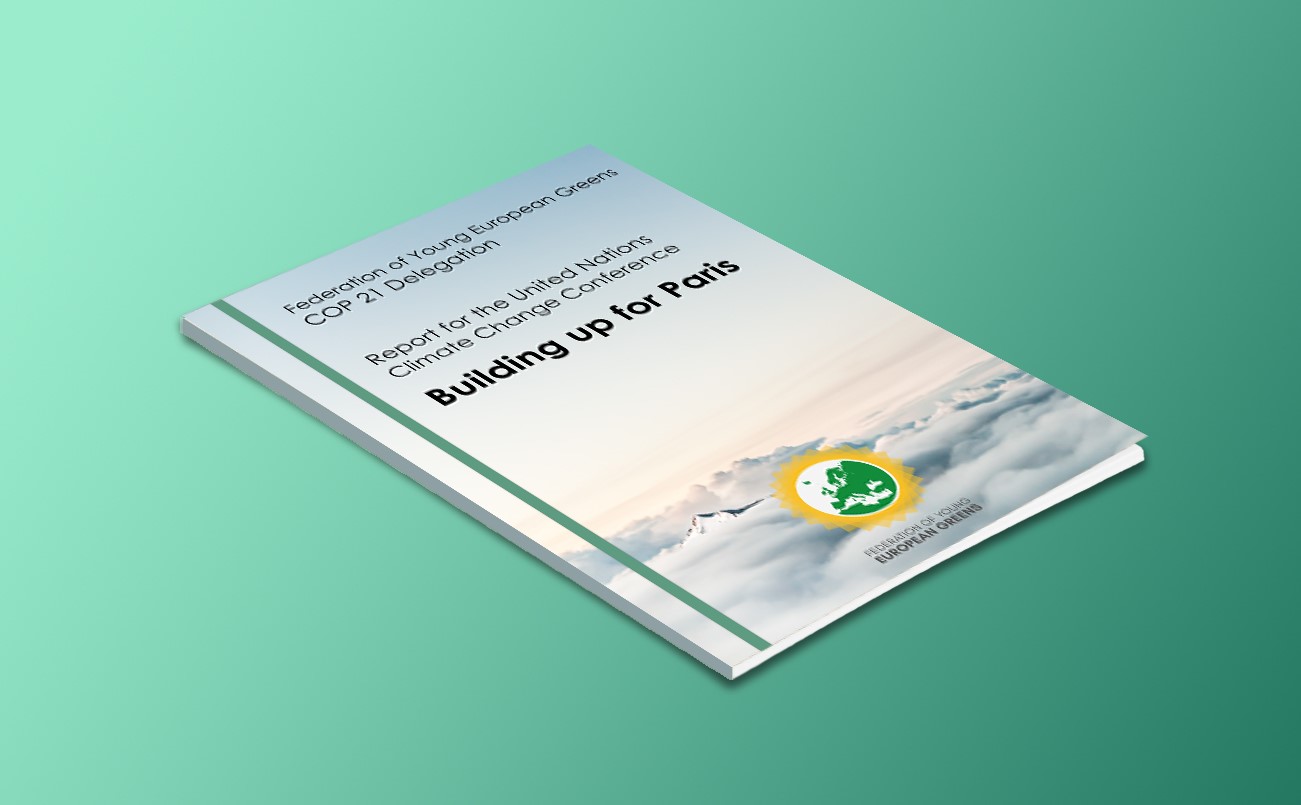 2015 is a crucial year for climate negotiations. The current agreement – the Kyoto Protocol – is in its final commitment period (2013-2020) and this year marks the deadline for world leaders to reach a new agreement. As the United Nations Framework Convention on Climate Change (UNFCCC) states, this agreement could be in the form of “a protocol, another legal instrument or an agreed outcome with legal force under the Convention applicable to all Parties”, which will enter into force post-2020 in order to keep global warming below 2°C.

Over the year, the Parties met at different sessions. The most recent one took place in Bonn in June and there will another session in the beginning September. These events all pave the way towards the 21st Conference of the Parties (COP) that will be held in Paris in December, where the negotiations will peak.

The chapters in the report are structured as follows: chapter two provides a summary of the history of COPs since the UNFCCC was created by the Parties following the Earth Summit in 1992. The third chapter assesses what is at stake in Paris. In the fourth chapter, we discuss the legal nature that a Paris deal could adopt.

The fifth chapter provides a deeper analysis on a core principle guiding the negotiations: common but differentiated responsibilities. The sixth and the seventh chapters give an insight on the broader concepts of mitigation and adaptation in the context of the UNFCCC negotiations.

The eighth chapter focuses on the CBDR principle and the notion that the implementation of the Convention worldwide needs financial mechanisms. This chapter is followed by a critical perspective on market mechanism, before moving on to discuss land-use, land-use change and forestry in the tenth chapter – giving an insight on the broader topic of agriculture within the UNFCCC.

To follow, the eleventh chapter deals with another part of the Convention, essential for its implementation but often forgotten: education. The twelfth chapter focuses on the blockers in the UNFCCC process, divided in two parts: the countries analysed through their group position (Umbrella and EU); and the business and industry networks. Finally, the publication concludes with the elaboration of possible scenarios for the COP in Paris.