This publication consists of a series of short essays, which take an optimistic look into a future where real progress is being made in the battle against climate change, to encourage and inspire us. Originally published in French by the Green European Foundation and the Fondation de l’Écologie Politique, this publication is also available in English in a condensed version. 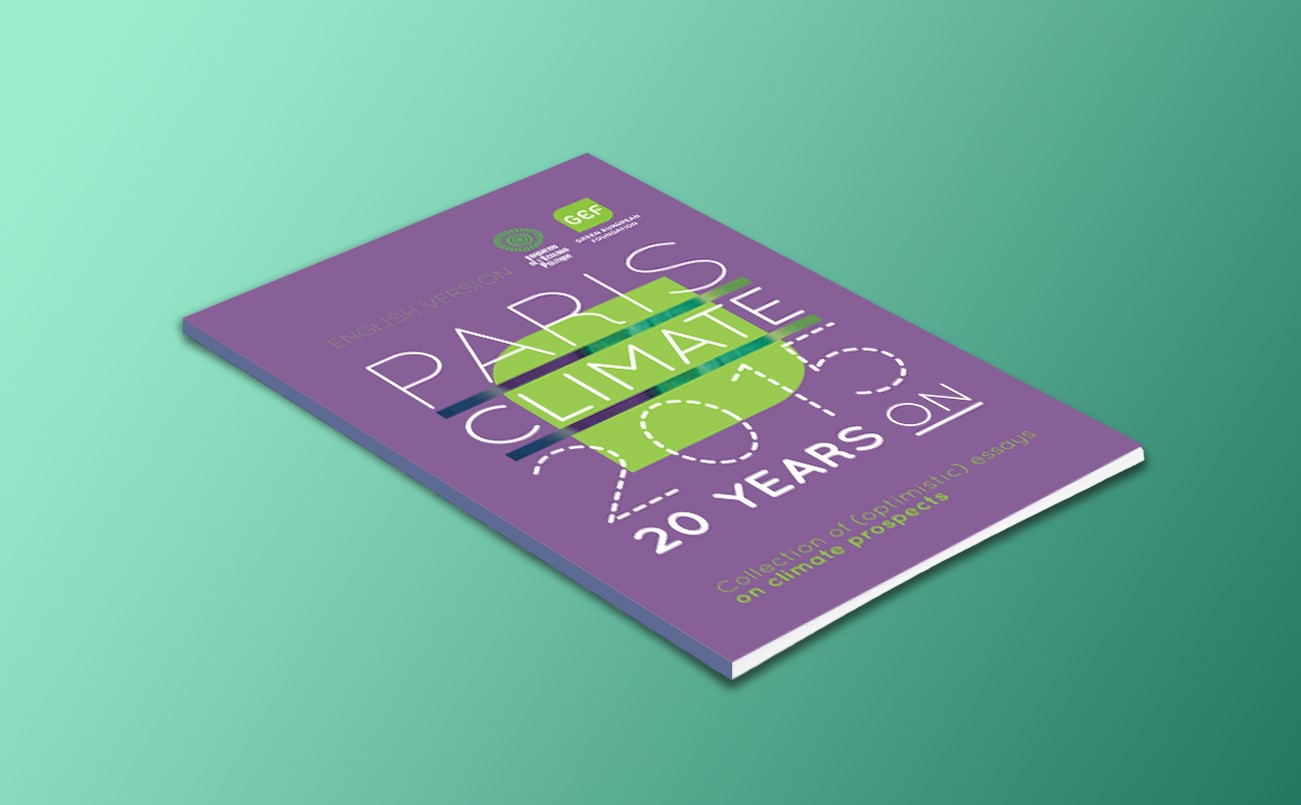 At the end of 2015, France will be hosting the 21st Conference of the Parties to the Climate Agreement (COP21). It is hoped that the international negotiations, which take place in Le Bourget for a fortnight under the patronage of the UNO, will result in an ambitious, universal and binding agreement by the international community, enabling greenhouse gas emissions to be reduced and global warming to be limited to + 2°C.

To take a truly idealistic approach: supposing that the 2015 Paris Conference was a success, and 2015 – and the years thereafter – saw a spectacular turnaround in international political decisions, what might the world look like in 2035?

To paint the portrait of such a post-transitional ecological world, a diverse group of writers recognised in their fields have produced the texts which make up this publication concerning the various questions which are key factors in the expected scenarios: world governance and new territorial, agricultural, social, economic, legal and political models. They are pieces in an as-yet incomplete jigsaw puzzle depicting a new world, imagined a quarter of a century after the Paris Conference.

The contributions by the authors of  “Paris Climate 2015: 20 years on” collection and the illustrations accompanying them convey a society in which ecological transition has enabled us to reweave our social links and change our methods of government, making them fairer, and rethink our relations with nature and the production of value in the long term.

In the near future, citizens’ action, a new economic logic and their reflection in terms of collective expectations, will lead to a renewed political dynamism, both locally and internationally, in response to the challenge of climate change. A better world, not “the best of all possible worlds”, but one which is multifaceted, open to the diversity of the possible, giving ample room for individual and collective initiative and, therefore, for discussions on the solutions, is to be envisaged.

Can imagination make it easier to understand the risks that climate change bears? That is the question at the heart of this collection of “climate prospects”, imagined as an original and creative debating tool for use at the 2015 Paris Climate Conference.

You can download the publication below in English or French, or visit the dedicated site of the FEP here.