How can Europe cope with low growth rates? Can prosperity be ensured in the absence of economic growth? This paper, published by the Green European Foundation for the Greens/EFA Group in the European Parliament, is an executive summary of the study entitled, “A post-growth society for the 21st century. Does prosperity have to wait for the return of economic growth?” by the French research institute IDDRI. This summary addresses the key questions of the study and sums up its main conclusions. 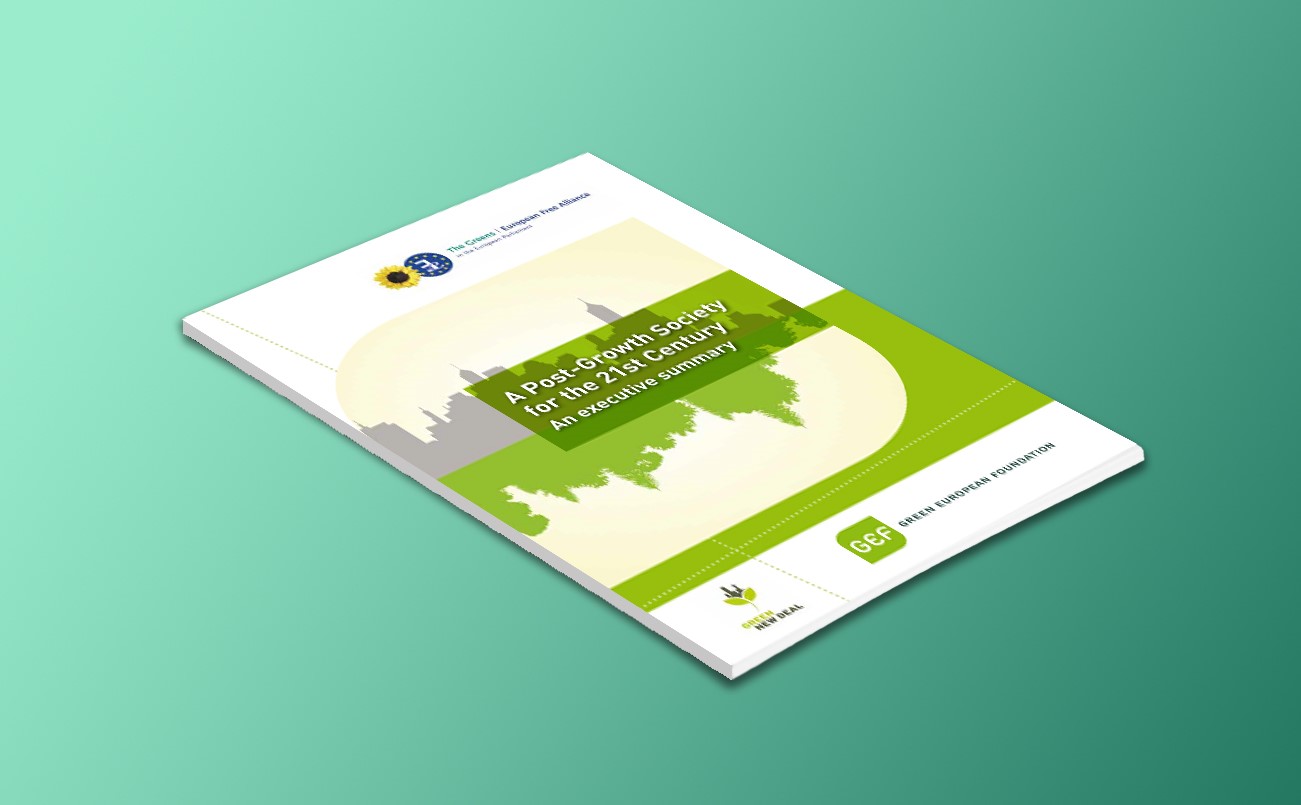 The study suggests that low growth rates are likely and that there is even fundamental uncertainty about future growth prospects. The challenge for European citizens and politicians is to accept this uncertainty and to create a society that frees itself from the shackles of looking at growth on its own – a society which focuses on other ways to ensure wellbeing and prosperity. This is what the study calls a “post-growth society”.

The key for the future is to develop a collective proposal in which the economy and society would no longer be dependent on the need for a sustained increase in GDP. Growth in GDP depends on many factors, including the extraction and use of many natural resources (e.g. oil, coal or gas). A big challenge for Europe and the world is the rapid depletion of available stocks of such resources.

Under pessimistic but plausible assumptions for the coming decades (concerning energy resources, the cost of renewable energy or lifestyle changes), growth is likely to be significantly reduced. “In a nutshell, our analysis shows that it is not so much a society’s economic growth that matters for prosperity, but rather the economic and social regime that creates more or less prosperity”, conclude the authors.

A Post-Growth Society for the 21st Century: An executive summary EN 1.03 MB 41 downloads

A Post-Growth Society for the 21st Century: An executive summary FR 1.06 MB 78 downloads

A Post-Growth Society for the 21st Century: An executive summary ES 1.05 MB 28 downloads

A Post-Growth Society for the 21st Century: An executive summary DE 1.10 MB 23 downloads