This report, authored by Dan Boyle of the Green Foundation Ireland, outlines the desirability and feasibility of a European-level transition away from fossil fuels and towards renewable energy, as well as the importance of doing so in a democratic and participative manner. 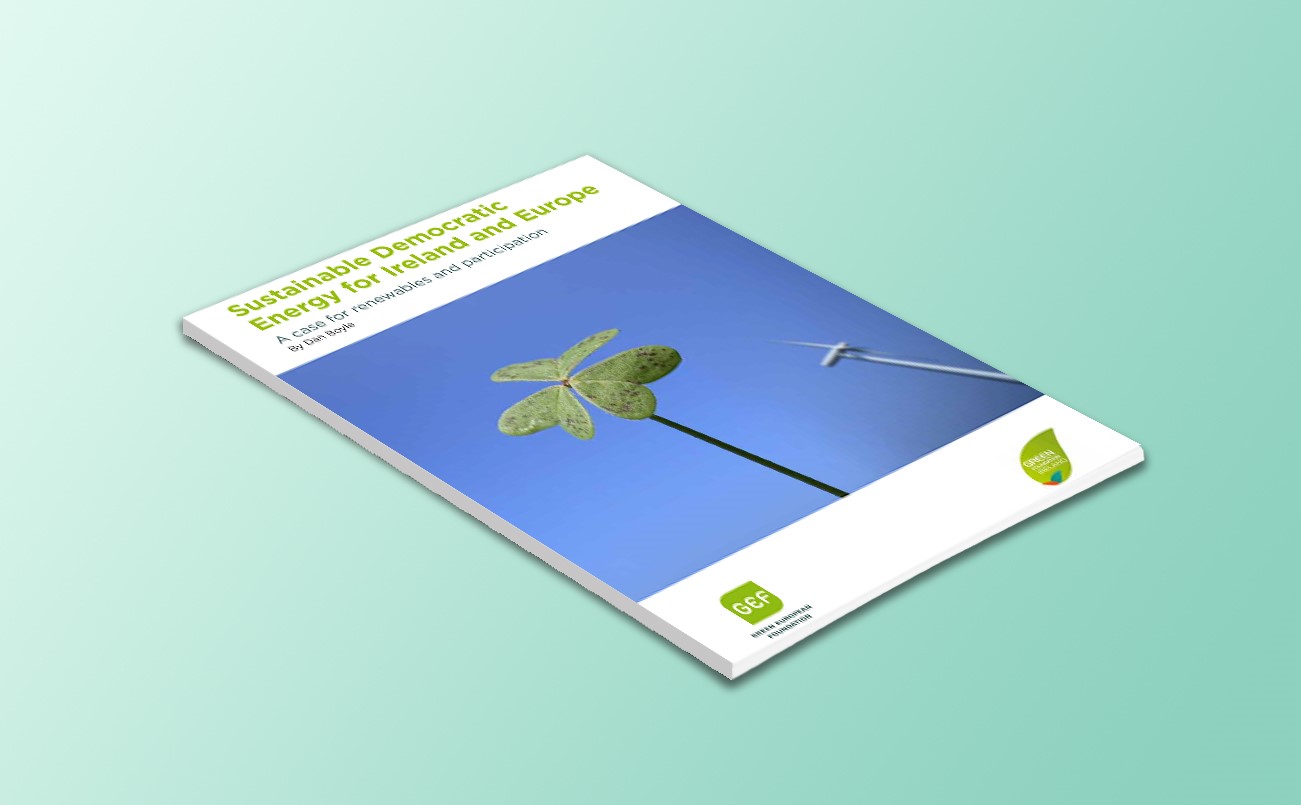 The European Union is committed to reducing greenhouse gas emissions to 80 – 95% below 1990 levels by 2050. Given the many reasons for public concern about the technological and infrastructural developments required to achieve this ambitious target — threats to landscapes and habitats, public safety fears, etc. — citizens themselves must be informed and engaged in the decision-making process.

Ireland has had one of the highest levels of fossil fuel dependence in the European Union but, with relatively abundant wind and water power opportunities, combined with the entrance into government of the Irish Green Party for the first time in 2007, Ireland is racing towards its renewable energy targets. In 2012, for example, its target of 40% renewable energy generation was achieved 103 days early. According to Boyle, part of the reason for the comparatively swift development of renewables in Ireland was the level of public participation and buy-in — concepts which are explored in depth in this report.