The Greens/EFA Group in the European Parliament organised an essay contest earlier this year on the topic, “Women in climate change”. This essay contest received submissions from around the world, detailing inspirational stories of how women, on an individual and collective basis, are responding to the challenges posed by climate change. GEF, together with the Henrich Böll Stiftung and the Greens/EFA, supported the publication of a selection of the best essays, which is now available online. 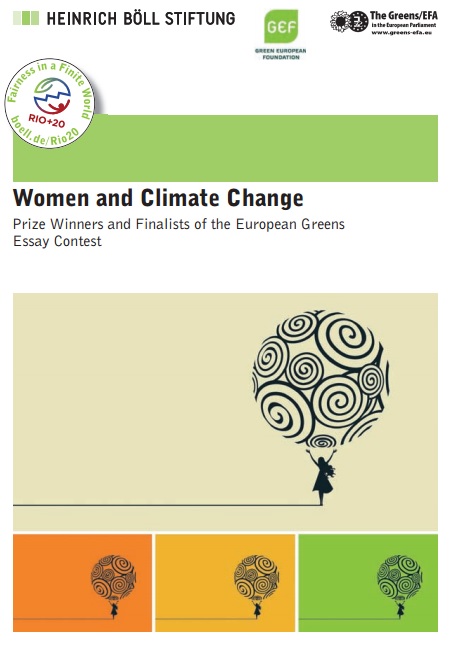 The published essays are very diverse, but they all concur on one point: gender equality and the fight against climate change are two challenges that have to be tackled simultaneously and urgently. Adaptation to climate change seems to be the realm of women in countries across Africa, Asia and South America. They are often the ones working the land and getting water to feed their families, while they do not have control over the land they work on or the major decisions about where and how to live. Many contributions from developing countries are included in the publication, which reveal that the level of awareness of this topic in developing countries is much greater than in Europe. Gender, as often, is the blind spot of the academic and political debate on climate change. It is high time that more attention is paid to the women’s hardships as well as their inspiring solutions.