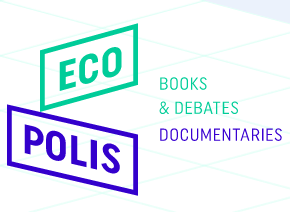 How can we realise a Just Transition in the context of increasing polarisation and inequality? Join us when Ecopolis 2018 will take on the challenge to debate this decisive question and to propose innovative solutions!

Is it possible to bring about fundamental changes to our societies while still respecting the boundaries of our planet and offering opportunities to develop for everyone? Is it possible to realise a Just Transition – across diverse sectors of society such as food, work, transport, energy etc. – in a increasingly polarised and inequitable world?

Facing this challenge will require far reaching changes of an unseen scale and speed while at the same time not leaving a part of the population behind.

How can social justice be strengthened and ecological sustainability be fostered at the same time? For a just transition, this seeming contradiction has to be resolved and cooperation in a superdiverse society must be realised, so everyone can have equal access to a valuable job, payable and sustainable housing, food and energy.

Ecopolis is an annual day gathering people who are concerned with the transition to a socio-ecological society. Because ecological challenges cross national and language boundaries, Ecopolis is diverse, international and interactive, with the Green European Foundation contributing to a strong European dimension of the event.

The event invites national and international authors to debate the transition of our societies. Academics, writers and civil society thinkers meet to enter into a constructive and open dialogue. Besides lectures, debates and interviews, there is an extensive book-fair with multilingual, ecological books and an internationally acclaimed documentary on the environment will be screened.

Kate Raworth, Economist and author of “Doughnut Economics – 7 Ways to Think Like a 21st-Century Economist”

Rachida Lamrabet, Novellist and author of “Vrouwland”, “Een kind van God” and others

Jeroen Theunissen, Writer and teacher at RITCS Brussels, author of “De omwegen” “Onschuld” and others

Alberto Alemanno, Professor of EU Law at HEC Paris and Global Professor of Law at the New York University School of Law, Co-Founder and Director of The Good Lobby

Jean-Pascal van Ypersele, Climatologist and Professor of Environmental Sciences at the Catholic University of Louvain

11:00: The uncomfortable consumer: on a diet in the candy store

It’s a challenge, trying to live an environmentally conscious life, while society constantly tempts you to cheap city trips or cheap clothing. While each of us is muddling along, the temptation is systemic. Transition will only succeed if we tackle it structurally and if politicians dare to stick their necks out (government role, ‘moralising technology’).
Theatrical performers Anoek Nuyens and Rebekka de Wit present us their Monologue For A Consumer. Followed by a panel with, among others, Laurien Spruyt, policy officer Bond Beter Leefmilieu, and Jeroen Theunissen, author of Jouw Huid (‘Your Skin’).

With which actions can citizens contribute to speeding up the transition? By lobbying as much as possible with the European institutions, and/or organising protest actions and blocking lignite plants? How does today’s action differ from a few decades ago?
With Yasmien Naciri, a young entrepreneur and author of Wij nemen het heft in handen, Samuel Cogolati, researcher at KULeuven and activist in the domain of the commons, Lenny Peeters, laureate of the Bronzen Uil prize for best debut novel in Dutch, and Paul Goossens, journalist for De Standaard.

13:30: The connection between identity debate, inequality and the ecological issue

From the perspective of social ecology, the ecological crisis, which is the result of the idea that man has to dominate nature, is connected with the domination of one person over the other.
A debate with among others Rachida Lamrabet, author of Zwijg allochtoon, Leo Lucassen, migration expert and professor at Leiden University, and Aziza El Miamouni from Wijkacademie Molenbeek.

‘To change everything it takes everyone’, a just transition is about both decent jobs, climate policy as well as a just society. An interesting dialogue between trade union, industry and research community. With the economist Kate Raworth, author of The Doughnut Economy, Sharan Burrow, Secretary-General of the International Trade Union Confederation, and Thomas Leysen, Chairman of Umicore & KBC. Moderated by Karel Verhoeven (chief editor at De Standaard)

Pieter Van Bogaert talks with Guy Gypens, director of Kaaitheater, about his book Grand Tour 2020 – the report of a trip through ten European cities where he talked to ten artists about their ecological commitment (as an artist and as a citizen). The book is the final document of ten years of ‘Imagine 2020’, a European collaboration on art and ecology founded by Kaaitheater in 2008.

16:30: Does the climate summit of Poland tackle the challenges?

Two weeks after ECOPOLIS, the COP24 climate summit will take place in Poland, the country that still largely runs on coal(mines). What can we expect from this COP? What does ‘Just Transition’ mean for workers in polluting industries? Can we offer them green jobs?
With, among others, climate expert and IPCC member Jean-Pascal van Ypersele and Catalina Caro (CENSAT, Friends of the Earth Colombia). Moderated by Tine Hens.

The event will be simultaneously interpreted in English, French and Dutch.

Book your tickets for the event here