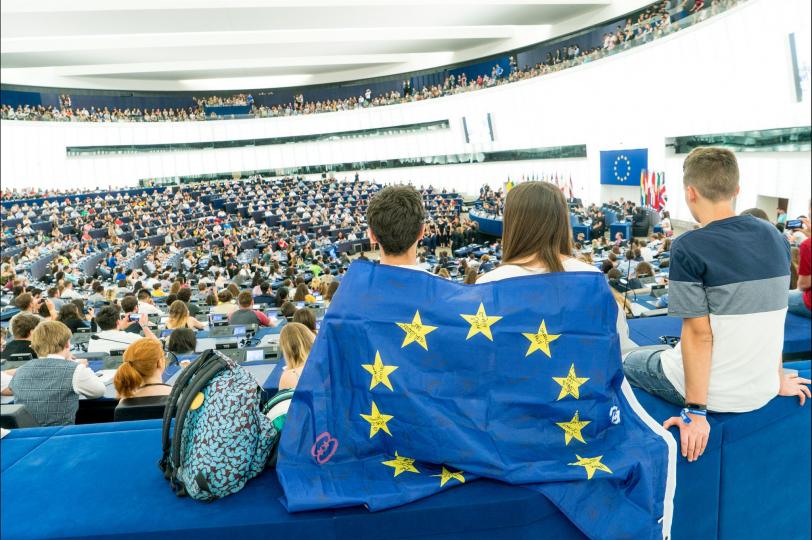 Join the Heinrich Böll Foundation in Berlin for their post-European elections conference and networking event to map the future direction of the European Union.

The European election will be a litmus test for the European democratic project and further reveal and demonstrate what has been a trend in many European countries in recent years – the increasing success of right-wing populist and extremist forces. In regions where they are gaining more and more ground, they have already managed to influence the political discourse to a large degree and thus changed the direction and
impetus of the European election campaigns.

The Heinrich Böll Foundation is therefore committed to bringing its European partners and European actors fighting against right-wing populism in Europe together to provide a platform for networking and the exchange of ideas, best practices and lessons learned.

At the conference “After Europe goes to the polls: Where is the European Union headed?”, the election results will be analysed, to examine the causes of voting behaviour in the individual EU member states, and discuss with European experts how the new majorities will impact the European Parliament’s ability to act, the interaction between the EU institutions, and the orientation of future EU policy.

The networking event – as part of the Conference – aims to connect and support progressive forces that promote liberal democracy within the EU.

Held with the cooperation of the Green European Foundation.

Keynote
What challenges await the European Union after the European elections?
Ivan Krastev, Chair of the Centre for Liberal Strategies and Fellow at the Institute for Human Sciences, Sofia/Vienna

· Motives and background: What are the key election results?
· What kind of EU have the voters elected?
· What were the motives behind electing parties sceptical about the EU and
integration?
· Do the election results vary by certain regions or groups of countries?
· What impact will the election results have on the EU policy of individual member
states?
Piotr Buras, Head of the Warsaw Office, European Council on Foreign Relations, Warsaw
Prof. Dr. Sylvie Strudel, Professor of Political Science, Université de Paris 2, Paris
Prof. Dr. Uwe Jun, Professor of Political Science, Trier University, Trier
Prof. Dr. Lina Papadopoulou, Associate Professor of Constitutional Law, Aristotle University Thessaloniki

· What effect will the new majorities have on the European Parliament’s ability to act?
· New parliamentary groups – new alliances: How must the progressive forces now
position themselves?
· How much support does the European Union still have? How can it build further
trust? And how can it find a capacity to act?
· What consequences will the election results have for future EU policy?
· What common projects will now take priority?
Reinhard Bütikofer, MEP, Chair of the European Green Party, Brussels
Dr. Rui Tavares*, Politician and former MEP, The Greens/EFA, Young Policy Leader Fellow at European University Institute, Florence
Edit Zgut*, Analyst, Polish Academy of Sciences, Warsaw/Budapest
Prof. Dr. Teresa Pullano, Assistant Professor of European Global Studies, University of
Basel

*Speakers listed above have been invited, but have not necessarily confirmed their participation.

10.30: Exchange
How European elections have affected and affect the political landscape for civil
society and civil action

12.30: Lunch
13.30: Exchange
Capacity to act for civil society in times of shrinking spaces

Entry is free, but registration is required. Please register with the form found on the  Heinrich Böll Foundation website here.

Conference languages
The international conference will be translated simultaneously German/English.
The network meeting will take place in English only.