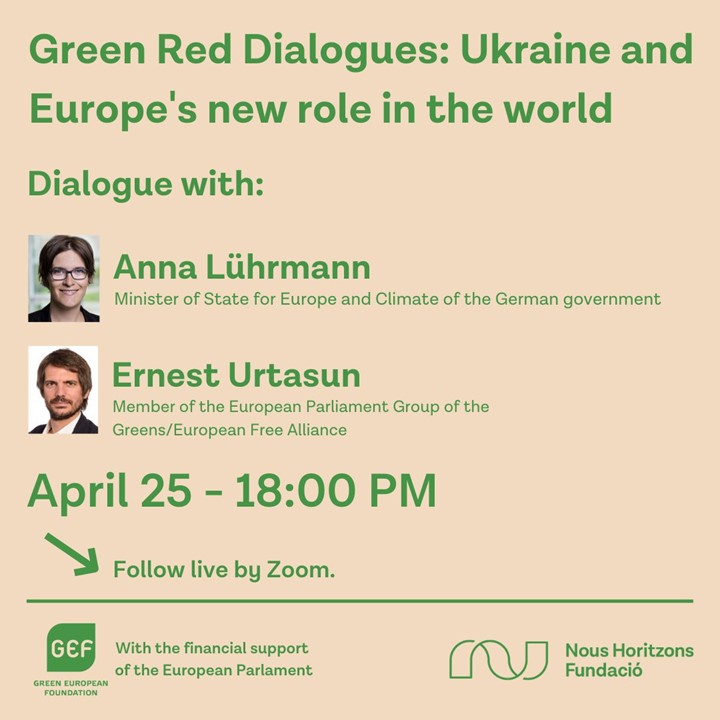 The war in Ukraine is forcing Europe to rethink its role in the world and reckon with some tough choices. Join us for the first Green-Red Dialogue of 2022 as we bring left and green perspectives to this debate.

The devastating war in Ukraine is a humanitarian disaster, with horrific consequences for the country’s inhabitants and more lives lost every day. Europe has taken a leading role in the international response, not just because of proximity and the direct consequences that this unprecedented conflict is having for the continent, but also because it marks an undeniable turning point that demands a joint and transversal response.

This crisis, however, will require not just short-term, but also mid-to-long term action, and a shift in how Europe positions itself in various domains. There are economic, energy, geopolitical and other implications, and important choices to be made. Faced with all this, we need to create room for debate where we can bring green and left-wing perspectives to the questions and consequences we will have to face.

Anna Lührmann and Ernest Urtasun will try to give us answers from this perspective, a European vision that will draw different perspectives from both Germany and southern Europe.

GEF’s Green Red Dialogues, organised with the support of Fundació Nous Horitzons, aim to tackle pressing issues of our time and the challenges Europe faces with an explicit social and green lens. In doing so, these debates connect the red and the green and highlight Southern European perspectives on crucial topics like energy, mobility, and security in the 21st century.

Since the war in Ukraine began, our independent publication, the Green European Journal has been publishing articles and interviews to look into the regional context and impacts, the role of media and civil society, and the energy and environmental dimension, as well as its implications for the future of the European Union. Here’s what the Journal has published so far. 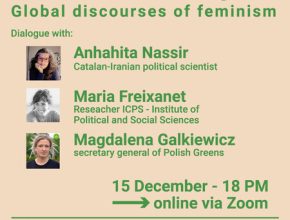 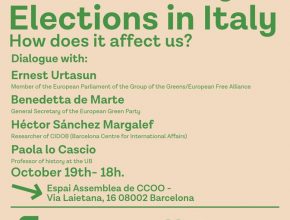 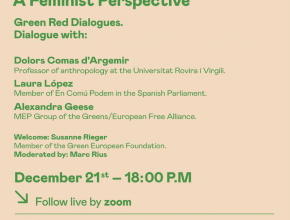 Next Generation – A Feminist Perspective 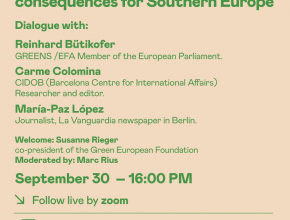 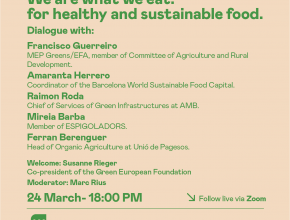 We are what we Eat: For Healthy and Sustainable Food 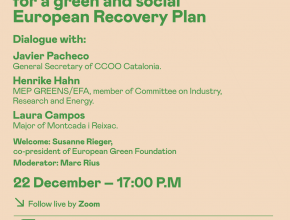 Green-Red Dialogues: For a Green and Social European Recovery Plan 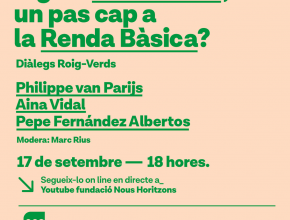