PLENARY: Peace and Security:  What do Polish and Ukrainian Perspectives Mean for the Debate on a Green European Vision for Security?  [EN/PL]

The Peace and Security plenary will focus on the ongoing war in Ukraine through Polish and Ukrainian lenses and its political and geopolitical consequences: what does this mean for Poland and for the wider European debate on peace and security? And how is it shaping the Green political vision for security in Europe? 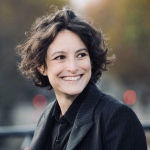 Mélanie is one of the youngest senators in France, representing French abroad, where she sits on the committee for social affairs. She is the Co-Chair of the European Green Party since June 2022. Prior to her Senate mandate, she has been working as an advisor for the Green Group in the European Parliament in the committee on constitutional affairs. She is an expert in European democracy, feminism and LGBTI+ rights 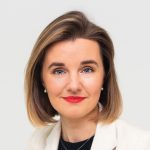 Sofia is the coordinator of the Programme “Democracy Support and Human Security” at the Heinrich Boell Foundation Ukraine. She is dealing with support of the grassroots initiatives in the field of urban and sustainable mobility development; promotion of critical historical discourse and introduction of the concept of “human security” in public discourse. 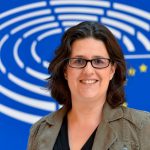 Born in Great Britain, Gwendoline Delbos-Corfield grew up in Ivry-sur-Seine (France) before moving to Grenoble for her studies, where she was elected municipal and then regional councillor. Member of the Committee of the European Green Party from 2012 to 2019, she has always linked local political commitment with European commitment. Member of the Greens/EFA group in the European Parliament, she is involved in constitutional issues, civil liberties, rule of law, digital rights and equality (women and LGBTI rights, antiracism and fight against discrimination). 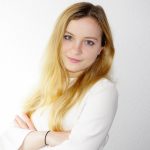 Co-chair of the Polish Young Greens and a regional group of the Polish Greens. Transnational law student specialising in the legal interrelation of innovation, environmental protection and animal rights. Trainee at the European Parliament. 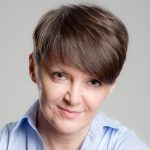 Agnieszka is an assistant professor at the Nicolaus Copernicus University in Toruń, Poland. She is a former member of the board of the Centre for Eastern Studies (OSW). She specialises in Russian foreign policy and Israeli security.