This report is one of the outcomes of GEF’s transnational project on Basic Income. Within this framework two study visits and multiple discussions on the topic took place. 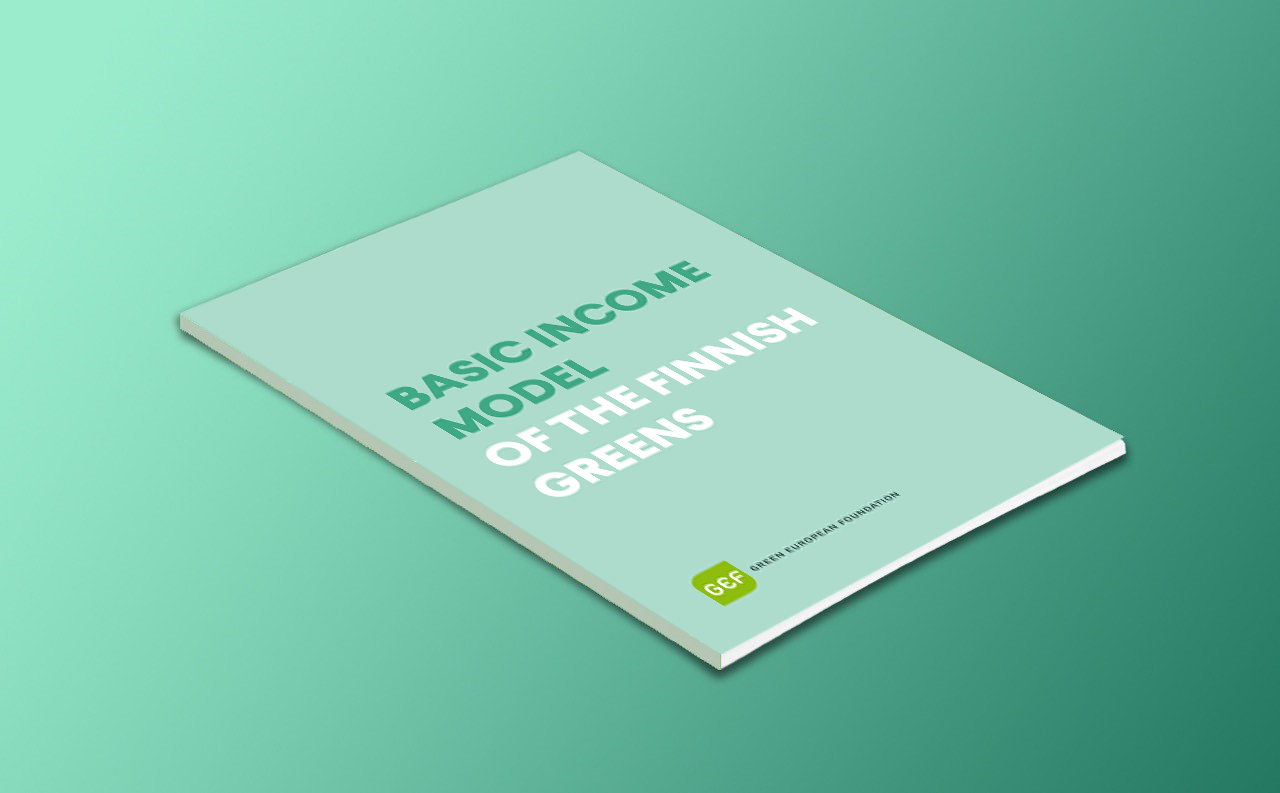 This report is one of the outcomes of GEF’s transnational project on Basic Income. Within this framework two study visits and multiple discussions on the topic took place.

The Finnish Greens have been talking about the possibility of a basic income since 1980’s. Initially the term ‘citizen’s wage’ was used, but in the 1990s the term ‘basic income’ became standard. 2007 marked a big step forward in the basic income debate; that year, the Greens presented their first comprehensive basic income model. It established for the first time that a transition to a basic income model is possible. The basic income model was calculated using micro-simulation modelling as a cost-neutral and feasible model with a view to showing how Finnish social security could be organised in a new way so that it would be more just and supportive for everyone. In 2007, the Greens proposed that a basic monthly income of €440 be distributed to all Finns, and that a related tax reform be implemented.

Because the Finnish social security system was reformed and the associated minimum benefits improved, the Greens needed to update their basic income model. This update was done in 2014. The basic income level was then set at €560, which is still equivalent to the minimum level of social security for an unemployed person. The Greens’ 2014 basic income model did not restate the objectives of the model, since these were detailed in the context of a paper published with the 2007 model. This model has also been translated into English. The basic income model presented by the Greens in 2014 is still highly topical. When they published the model, the Greens insisted on a pilot study of the basic income, which the current Government of Finland has now implemented. In the basic income pilot, a small number of unemployed people receive a basic income of €560, which they will not lose even if they find work or receive other income. The pilot study is in many respects incomplete, but it is nevertheless yet another step towards realising the utopian idea of the basic income in practice.

The Finnish Greens based the calculations for their 2014 model on the micro-simulations calculated by the Finnish Parliament’s information service. The analysis based on the simulations can be accessed at www.vihreat.fi/perustulo (in Finnish). The analysis was very thorough, and it also showed many of the problem areas in the basic income model. For example, it argued that it is very difficult to combine the basic income with housing benefits. Nor does the basic income model also remove all economic disincentives. Even so, the analysis does provide a credible basis for the model proposed.

Next, the Finnish Greens aim to modify the model on the basis of the results of the ongoing pilot study. At the same time, the Greens have started discussing how housing benefits can be combined with the basic income model, and how implementing the real-time income register could enable social security automation as intended by the basic income model.

Possibilities and Perspectives for Basic Income around Europe (Leuven)

Basic Income and its prospects: Is there an alternative to a Europe in crisis? (Athens)