Right to Housing in times of instability [EN/PL]

When it comes to housing – Warsaw is dealing with a perfect storm. With spiking energy prices, record inflation, and recently an influx of refugees in mass, the housing market is under immense pressure. Many citizens and local businesses have stepped up to the plate, putting forward solutions to house those in need quickly but a long-term solution to the crisis remains elusive.

This is occurring against a backdrop of a widespread housing crisis in cities across Europe. Invisible global dynamics shape the housing markets for the benefit of the most wealthy, while others are excluded. To move towards a housing system that works for everyone and respects the human right to housing, a radical overhaul is needed. Citizens, NGOs, and progressive policy-makers are working to challenge dominant approaches and roll out creative solutions.

In this session, locally elected representatives, campaigners, and experts come together to share their experiences and lessons from Green and progressive housing policies and initiatives across Europe. 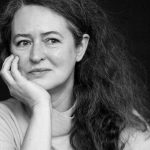 Julia Wygnańska is a Housing First advocate in Poland. She has a background in research and evidence based policy in the field of homelessness and housing exclusion. In that role she cooperated with European Observatory on Homelessness FEANTSA as a National Observer in 2005-2009. Currently she moved on to be a Vice President of the Housing First Poland Foundation which aims at providing safe and supportive housing to all people in need. In the center of Foundation’s mission are people with experience of long term homelessness and mental health crises. https://najpierwmieszkanie.org.pl/o-nas/ 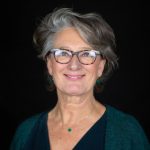 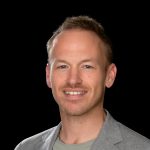 Kris  (1980) is a councilor for GroenLinks in Amsterdam. He started his career as a social worker for victims of domestic violence, with projects on housing and from 2010 till 2015 he was a councilor in Groningen for the Greens. Since 2015 he works for municipalities, nowadays in The Hague, as a policy advisor for homelessness and mental health. He combines his work with LHBTIQ+-activism: he was the chair of the COC Groningen&Drenthe, worked at the national help centre for suicideprevention and made a film about the anti-gay propaganda law in Russia. 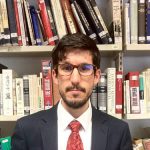 Professor Julio Guinea has a PhD in Law from the Distance University of Madrid, with a thesis that analyses the historical and legal construction of the Common Foreign and Security Policy and the Common Security and Defence Policy. He has carried out research in Florence, Brussels and Paris and has published two books on the History of the Foreign Policy of the European Union and the History of Security and Defence of the EU, prologued, respectively, by the former President of the European Parliament, Enrique Barón, and by the High Representative, Josep Borrell. He is currently a professor at the Rey Juan Carlos University, the European University of Madrid and the Francisco de Vitoria University. 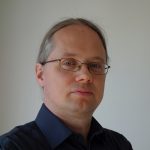 Martin studied from 1995-2001 at the Department for Spatial Planning of the TU Dortmund University. He is working as consultant in the field of European spatial planning, Interreg (Central Europe, Baltic Sea Region) and German-Polish cooperation. In 2011, Martin joined the Green Party in Berlin, and since 2013 he is active as co-spokesperson of the Planning, Building, Housing and Urban Development section. 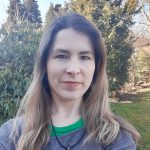 Beatrice is the Deputy Editor of the Green European Journal. She has previously worked for a daily newspaper in Istanbul, Turkey and in the UK House of Lords. She is a member of the editorial board of Green World Magazine. She holds an M.A. in European Cultural Studies.