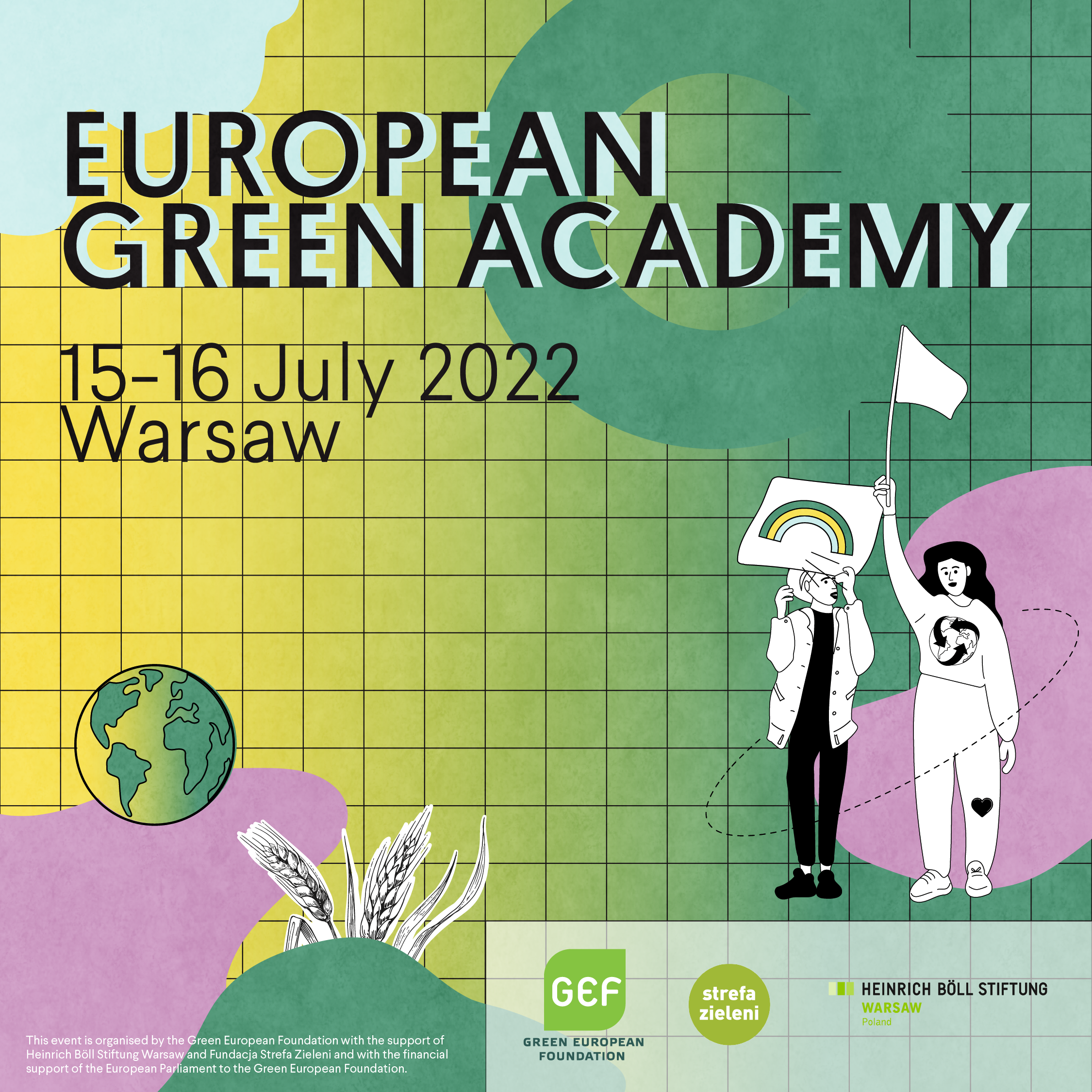 The European Green Academy (EGA) is an annual event and key meeting point for Green actors and engaged citizens from across Europe to connect, debate and build capacities in an inspiring learning environment. With a strong focus on political education and tailored methodologies, EGA provides a space for learning and experimentation for green-minded people to gain inspiration and insights to build and experience a common Green vision for Europe. 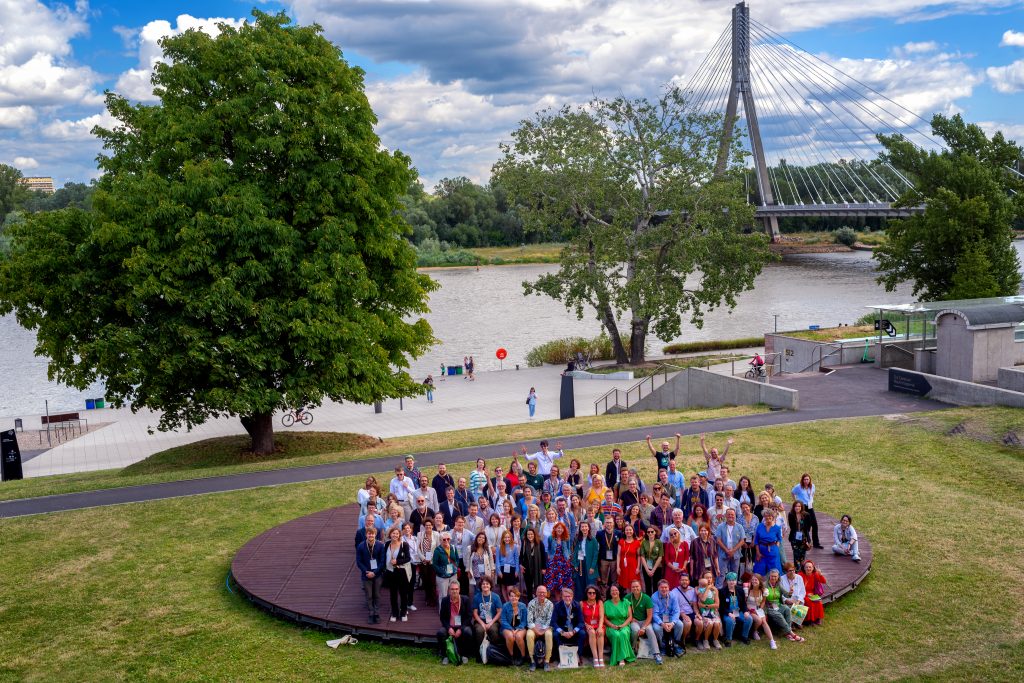 EGA opened its doors for the first time in Warsaw, in July 2022. GEF, together with Fundacja Strefa Zieleni and Heinrich Böll Stiftung Warsaw, welcomed over 200 diverse green actors, activists, politicians, and academics from over 26 countries to connect, debate and build capacities, delving into salient issues in Poland and connecting them to wider European-level debates.

Central themes of EGA 2022 were Just Transition and Peace & Security, serving to frame plenaries and exchanges throughout the Academy, accompanied by important streams of work on energy and feminism and LGBTIQA+ rights. The EGA 2022 programme offered a plethora of workshops, skills training, seminars, and roundtable debates for participants to deepen their knowledge on key topics, including doughnut economy; right to housing; debunking nuclear myths; food security; reproductive rights; ecofeminism, amongst others. 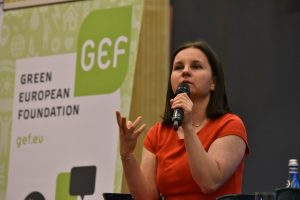 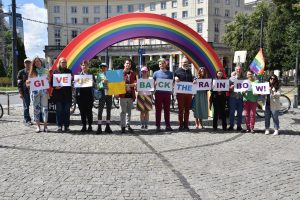 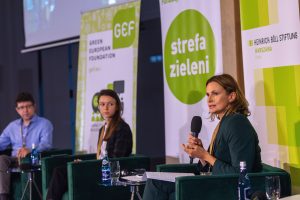 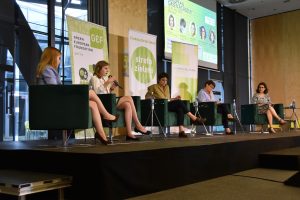 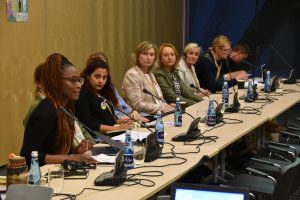 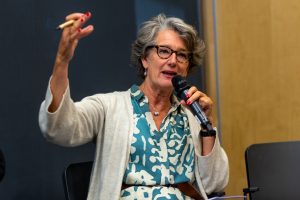 Quotes from participants at EGA 2022

“I gained a lot of new knowledge about diverse topics (nuclear and peace & security especially) and above all I was very inspired by the impact that people with green and progressive agendas are pushing for, even in countries where they have little electoral representation.”

“My biggest takeaways were meeting people, networking, and exchanging political or work ideas”.

“I found it inspiring and enriching to speak to women in Poland who are standing up for their rights and the rights of others despite all the struggles they face. I take them as role models”

“EGA 2022 made me much more comfortable with discussing and engaging with topics that were new to me.”

Thanks so much for having me as a Moderator of this great panel on #JustTransition @GEF_Europe ! https://t.co/GYDsehZL4I

Lots of Greens are currently in Warsaw for the European Green Academy.

This morning we discussed Peace and Security Policy, how the war in Ukraine forced us to deepen our positions, on defense, on NATO, on energy independence, on Rule of Law and the future of Europe.#EGAWarsaw pic.twitter.com/Z4YTxm84dj

1 This Saturday morning at the #EGAWarsaw was all about reflections on security and the Green, Polish and European responses to the war in Ukraine pic.twitter.com/22kpYhLJWY

Did you miss EGA 2022? Watch or relive some of the best moments of the event below: