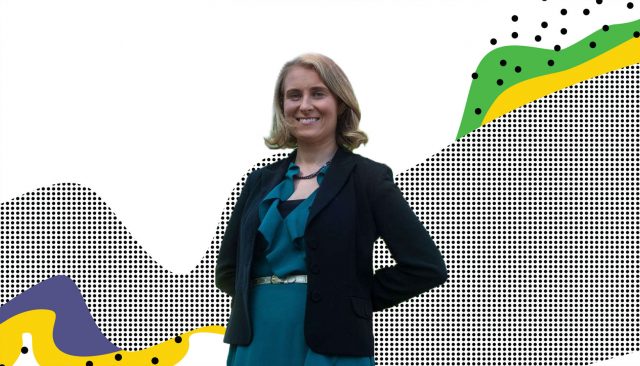 As soon as I could join a political party I did: at the age of 16 I became a member of the UK Labour Party. Like many young people at that time, I was excited by what the party promised to do. After 18 years of a Conservative government, I wanted to ensure that the UK would continue to have a Labour government for the foreseeable future. They promised a government that would be underpinned by social justice and fairness.

That all changed in 2003. When the then Prime Minister Tony Blair announced his intention to drag the UK into an illegal war, a party that I had invested my time and energy in suddenly became alien to me. I marched with around one million other people on the streets of London to demand the government rethink this indefensible decision. The rest as they say is history.

The Labour Party had left me politically homeless but I was determined to use that anger and political energy for good. I decided to research all the mainstream political parties to find my new home. It took me no time to realise exactly where I needed to be. The Green Party, which had been unequivocally opposed to the Iraq War and had a proud history of environmentalism and fighting for equalities, was that movement.

Greens also had a strong focus on protecting civil liberties, human rights as well as social justice issues. During my early years, I guess you could say I already lived and breathed those green values; I became a vegan when I was X years old and I cycled everywhere. You could say joining the Labour Party was a slight diversion on my natural journey to the Green Party, which has been my political home for the last 16 years.

My love of European culture started when I studied French at the University of London Institute in Paris. I saw first-hand the common bonds European nations share in our values, our history and our vision for the future.

This is my second time working in the European Parliament! I previously worked for the now Green Member of Parliament for Brighton Pavilion, Caroline Lucas, who was an MEP from 1999 to 2010. I loved my time in Brussels. In stark contrast to the adversarial style of politics in the UK Parliament, decision-making in the European Parliament is rooted in finding consensus and working across party divides. That’s why being a Green voice in the EU doesn’t mean you are forced to the side-lines of political decision making, you have a direct role in shaping legislation that affects the lives of over 500 million citizens.

This is one of the myths I am so hungry to challenge during my time as an MEP. I want to use my platform to demonstrate the importance of constructively engaging with the EU in order to achieve the change people in my region are so desperate to see. That means working with not only my Green colleagues from the UK but also from sister parties right across the EU. In contrast to some of my other MEP counterparts from the UK, I don’t intend to make grandstanding speeches in Strasbourg, only to not bother showing up to scrutinise the very legislation they so often deride. I plan to get stuck in and work hard for my constituents every single day.

We have a climate emergency happening right now. Like so many other Greens, I find the campaigning of 16-year-old Greta Thunberg nothing short of inspirational. Her warning to the world that “Our House is on Fire” couldn’t ring more true and is something we have been arguing for decades. Young people from across the EU have spoken loud and clear, they want their decision makers to act now to safeguard their future. I believe we have an absolute obligation to do just that.

That’s why the Green New Deal is at the top of my agenda. A new deal which works for both citizens and the planet. This deal would see rapid decarbonisation, sweeping changes in the way we travel and a rollout of the biggest ever home insulation scheme in history. Crucially, this deal would inject industrial growth into parts of Europe that have been left behind at the hands of neo-liberal economics.

I believe the environment should be our number one priority because it is the biggest social justice struggle we face right now. It’s not the richest who will pay the consequences of climate change right now, it is the poorest, the most disadvantaged communities who will be disproportionally impacted. We only need to look at recent history with the economic crisis in 2008; it did not dent the bank balances of the richest one percent but it stripped our public services of their ability to look after the most vulnerable in our society properly. Young, old, migrant, women, all these groups have paid the price of that crisis.

That’s why we need to stop climate change by 2030 and build economies that aren’t just based around 10-year growth cycles that eventually burst. We need to start from scratch and create a system based on fairness and sustainability that puts the needs of people and planet first and foremost. The architects of the current system are out of time and out of ideas. That’s why a Green New Deal is so desperately needed.

Of course the issue of Brexit looms over everything we do in Brussels. However, this will not silence me or my other Green Party colleagues in demanding action on climate change and social justice. No matter how long we have the honour of serving our communities, we will invest every minute in stopping this climate disaster before it’s too late.