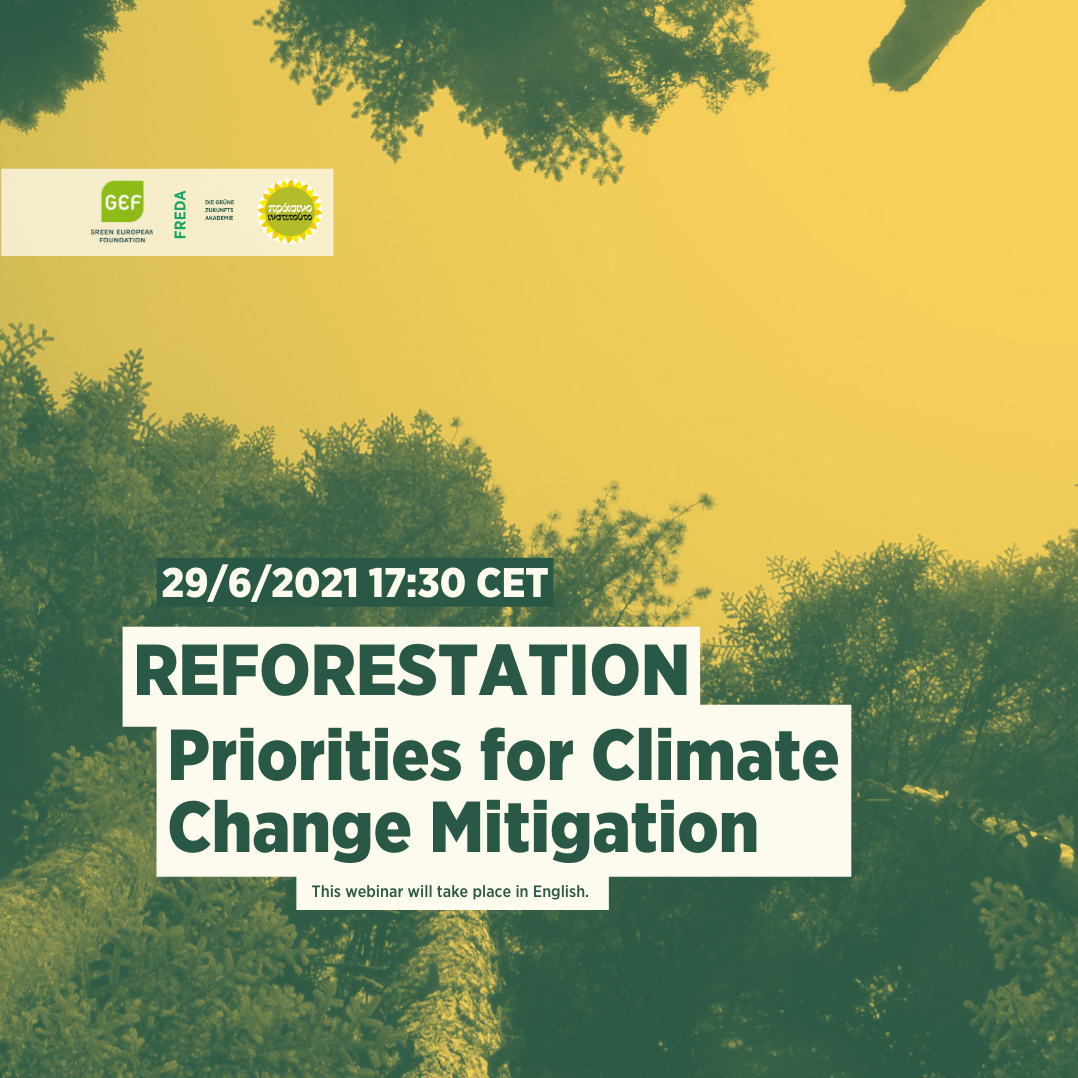 How could we build a more resilient rural economy in the EU after the COVID-19 era? Ideally, using the reforestation budget to benefit small-scale agriculture, traditional agroforestry systems and high-quality food products. Is this something you’d be interested in learning more about? Join our next debate in June!

This webinar will continue the discussion that started at the first Agroforestry & Ancient Forest protection event organized by the Green European Foundation with the support of FREDA & Green Institute Greece (17th May).

In order to tackle climate change and the need to rapidly absorb CO2 emissions, targeting carbon neutrality in 2050 (or even before), the EU set the ambitious goal of planting  3 billion trees  by 2030. A project that will be financed by the Recovery and Resilience Fund (RRF) within the frame of the European Green Deal.

Is this goal feasible? Is it worth it according to other EU strategies, action plans, and spending programs (such as Common Agricultural Policy, the Fork to Farm Strategy, the new Biodiversity Strategy 2030, and the Threatened Species Action Plans, the new European Forestry Strategy? And if so, how could we tackle land degradation and desertification issues within EU member states?

Presentation of the results of the 4 previous events and the new booklet published by GEF-FREDA-GIG that summarizes the outcomes of the 3 webinars on “Productive reforestations” with concrete proposals and policy recommendations for RRF.

The EU’s commitment to Zero Land Degradation by 2030 (Land Degradation Neutrality) should be addressed effectively and efficiently in the EU policy agenda and Member States due to climate emergency, agricultural intensification and population growth. The EU proposes the new Green Deal which should address  specific and concrete  actions for tackling the risk of land degradation and desertification especially in Mediterranean countries.

Kelsey has worked on land-use and transport issues in European and international climate negotiations, looking specifically at problems linked to international aviation. At Fern she focuses on EU forest and climate policies, the negative emissions debate, and all things linked to Land Use, Land Use Change and Forestry.

Audience: this webinar is open to the general public 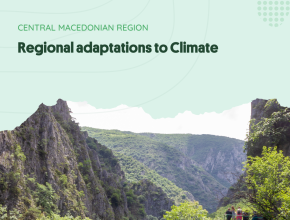 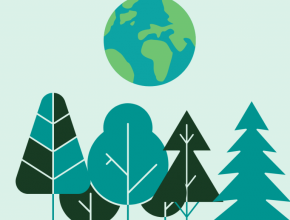 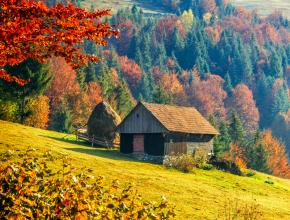 The Future of Romania’s Forests 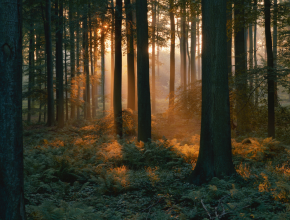 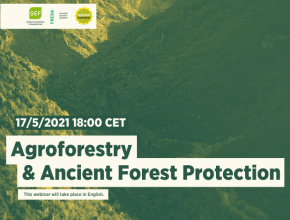 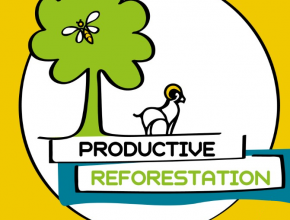